PICK of the WEEK: Hollis Brown in the Kitchen 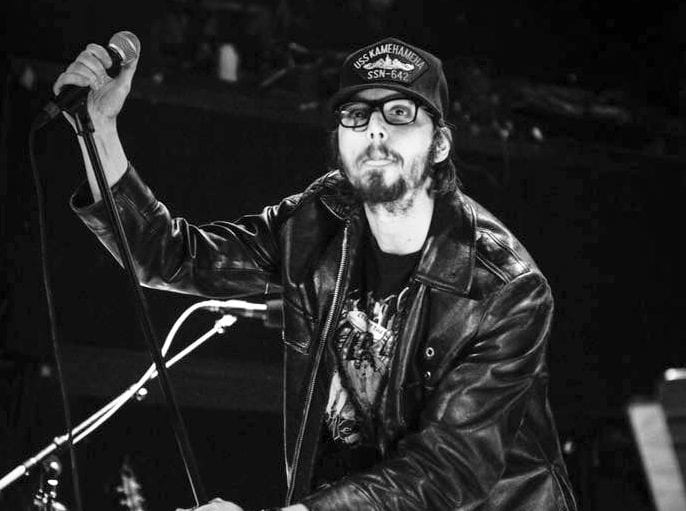 ALBANY — Hollis Brown markets itself as an American rock band which, lately, is the best way to describe groups that lean towards the origins of rock and roll — a little bit of blues, a little bit of soul and a splash of funk.

Listen to Hollis Brown’s latest single, “Run Right To You,” off its October release “Velvet Elk,” and you’ll hear nothing that resembles the fabricated sound of Top 40 radio, or anything that would remind you of their home. The band takes its name from Bob Dylan’s “Ballad of Hollis Brown,” which opens with “He lived on the outside of town.” Vocalist Mike Montali said the homage pays respect to what he perceives to be the song’s message of redemption and rebirth. He and band co-founder Jonathan Bonilla call Queens home. Along with drummer Andrew Zehnal, from Cleveland, keyboardist Adam Bock, from St. Louis, and bass player Brian Courage,from Long Island, they play a sound that’s more in place at a roadhouse in rural America than your coffeehouse in neighboring Brooklyn.

“We somehow fit in though,” said Montali, who admits the roots-edge sound of Hollis Brown clashes against any dance scene perceived to come out of Manhattan or Long Island. “New York, historically, has had a lot of great bands come out from all different styles and great songwriting. So eclectic, that it’s hard to really define.

“In particular with the New York scene, and the press, we’re outsiders for sure, in a way,” he said. The perception, however, is only reality to those expecting a band with “a couple of iPads and some synth.”

Since forming in 2009, Hollis Brown has attached its name to Lou Reed, Bo Diddley and the Counting Crows. Its 2013 debut album “Ride On The Train,” garnered song and video premieres from Rolling Stone, Paste and American Songwriter, along with placement in several movie trailers and an online ad campaign for Abercrombie & Fitch. Following a Reed tribute concert in New York City, Alive Naturalsound asked the band to record a tribute to the Velvet Underground’s “Loaded,” as a limited-edition vinyl release for Record Store Day 2014.  “Hollis Brown Gets Loaded” took on a life of its own, with airplay on influential radio stations, resulting in a full CD and digital release.

Locals who didn’t catch Hollis Brown’s music through the above likely caught on when the band tagged along with Counting Crows and Citizen Cope when the three played the Saratoga Performing Arts Center in the summer of 2015. Still relative no-names, the band that sounds nothing like New Amsterdam garnered the admiration of Crows’ frontman Adam Duritz. Duritz, who updates Twitter more often than President Trump, constantly expressed praise towards Montali and his crew.

“I think that’s pretty rare for a guy with his level of success,” said Montali of Duritz. “He’s a fan first. He always has been, more than a musician, himself. He loves music and he loves the process of seeing bands starting out in their hometowns to become national acts. … We’re fortunate that we got on his radar and made good friends with him.”

Flash forward to 2017, Hollis Brown will tour across the country with stops at Mountain Jam, Karoondinha Festival and more. “Steady Ground” is a featured-exclusive on Amazon’s playlist Amazon Acoustics. The band’s vinyl EP, “Cluster of Pearls,”  was chosen as one of the 300 select releases throughout the world for Record Store Day last year.  “Cluster of Pearls” followed the 2015 release “3 Shots,” which featured Diddley’s collaboration “Rain Dance,” and the duet “Highway 1” with acclaimed alt-country songstress Nikki Lane.

Hollis Brown is home now, hitting gigs that are in driving distance, including a stop at The Hollow Bar + Kitchen on Saturday, May 13, in Albany.

“Hopefully we’ll get some people out and have some fun,” said Montali.

Colonie Planning Board approves mixed use building for Route 2