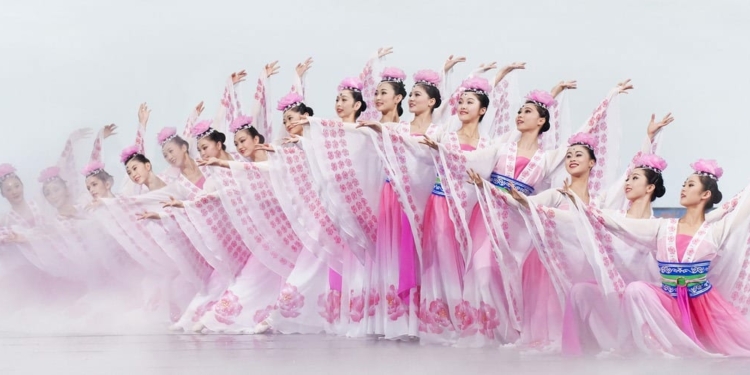 SCHENECTADY — After warm responses to its 2016 World Tour, Shen Yun Performing Arts will give two performances of classical Chinese dance at Proctors Theatre on Saturday and Sunday, April 29 and 30.

On the verge of its tenth year, Shen Yun (pronounced Shen Yoon) continues to be a tale of firsts. The group, an unprecedented gathering of world-class dancers, choreographers, vocalists, and musicians, is blazing new cultural trails.

The firsts begin with the company’s vision. Shen Yun started in 2007 with a vision of cultural renewal. The hope: to rekindle the best of China’s classical dance heritage and share it with a broader audience.

“We want to provide our audiences with an experience of consummate beauty and goodness,” says Timothy Wu, one of  Shen Yun’s  principal dancers. “We want to bring out what is timeless and most precious from the culture.”

In that spirit, the company seeks to be more than merely entertaining.  It explores some of the deeper facets of our shared humanity. The performances not only thrill, but educate, enlighten, and inspire.

Kryztyna Papp and Mark Campbell were very impressed when they saw the show.  As a dancer, Papp said, “I’m glad to see this. I think it’s beautiful.” She said her favorite piece was the Mongolian Bowl Dance. “I just love what the whole show represents….I think it’s really good that there’s some very spiritually positive Chinese influence out there.”

Campbell said the performance is an “extremely beautiful thing. It had some powerful messages in there.”

Classical Chinese dance is a unique art form that dates back over 5,000 years. Ancient Chinese people used dance to pay respect to heaven, to appreciate life and the universe, and to praise kindness and virtue.

This dance heritage is particularly comprehensive and abundant in its vocabulary. It is the cultural substance that imbues a dancer’s movements with rich expressive power, which is capable of depicting all forms of beings, emotional expression, and even the context of an entire age.

Story-based dances are one of Shen Yun’s trademarks. Such dances explore a range of themes from both the ancient and modern world. Some of the shows have portrayed heroism of China’s greatest general, Yue Fei; followed the legendary heroine Mulan on her quest; and shown the courage and selflessness of modern Chinese seeking freedom. Such dances give each of its shows a dramatic intensity.

Besides solid techniques, the artist must have good mental cultivation to be able to let the movements be led by the inner spirit. Dancers and musicians also perfect their moral character and willpower in order to portray the fundamental inner meaning of a divinely imparted culture.

“I’ve been very impressed with the show,” said Mrs. Collins. “I’ve never really been fond of the Asian culture, but looking at the show I’m just totally in awe. The costumes—I’m a person of color, I just love bright colors. So the uniforms really impressed me. I’ll be coming back.”

“Me too,” said Mr. Collins, who especially liked the drumming acts and one dance called “Watersleeves.”

NIGHT and DAY: Albany Restaurant Week and A History of Ladies’ Under Ware