HEALTH and FITNESS: Do you believe a glass or red wine is equal to time in a gym? 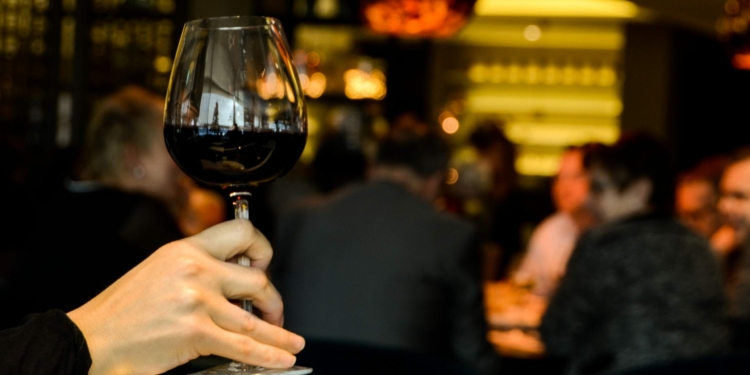 Last week I wrote about the No. 1 reason I see people struggle with getting results in their weight loss journey: alcohol. And, I heard from many of you telling me that can’t possibly be true. Truth is, I knew ahead of time I’d be hearing from folks and I will tell you my email got flooded with responses.

Much like politics and religion, telling people they may have an “alcohol problem” is sure to trigger some feelings. And, strong feelings they were. They ranged from, “I drink everyday and never get drunk,” to,  “I saw on TV that its ok to have an occasional drink.”  And, of course, the “Having one drink doesn’t mean I am an alcoholic!”

Others took to sending me links to “that study” circulating around Facebook that states a glass of red wine is the same as spending an hour at the gym.

No doubt you saw that one plastered all over the media.  In fact, there isn’t a week that goes by that someone doesn’t mention it or send me a link to it. One faithful reader sent me a link to an article that adamantly stated, “science proves drinking wine is better than going to the gym.”  (Of course, that link was to a wine blog, so I think it’s safe to say they might have a bias.)

A conducted at the University of Alberta in 2012 reportedly found that resveratrol, an antioxidant found in red wine, grapes and other foods, improved physical performance, heart function and muscle strength in rats. Furthermore, the study supposedly found this to be true even in sedentary rats, which saw up to 25 percent improvements in performance after getting the resveratrol supplements.

So, we can agree that there is some benefit to it, and its fair to say those are the facts.

But being equal to an hour at the gym?

If you read the study, instead of the quick grad headlines, the truth comes out.

The rats that improved performance weren’t actually drinking wine. They were fed powdered resveratrol. Not only were they consuming it in powdered form, but they were getting mega-dosed with the stuff.  To apply this study to the notion a glass of wine is equal to a day in the gym, a human would actually have to consume 100 to 1,000 bottles a day, every single day.

Funny how Facebook missed that. Another thing they conveniently left out?  You could get the same benefit from drinking grape juice instead.

It’s sad, because I know of people who stopped exercising and starting drinking (wine) more because they saw that article. Instead of researching the claim or speaking to someone who has some expertise on the matter and who may have read the study, they stick to what the media falsely proclaimed and continues to do to this day.

Yet, as happens every time I bring up the subject, they all miss the point. While trying to lose weight, the consumption of alcohol will slow down or outright stop the process. Last week focused on the person who is trying to lose weight and who has bought into the lie that it’s ok to drink every day.

The science behind these studies is usually flawed, at best. Worse, in other studies, it’s an outright lie accepted as truth because it’s what people want to hear.

I never say you have to give up alcohol completely or that drinking even a little bit makes you a “raging alcoholic” (as one person wrote to me in anger). But, please don’t fool yourself into thinking that drinking the amount most of us are is good for us. A glass or two of wine, or a beer a couple times a week isn’t bad for you. In fact, many reputable studies show it is indeed good for you.

But, if you’re trying to lose weight, shed fat or build lean muscle, then the first thing you should remove from your diet is alcohol. It will slow down the process.  It’s like trying to run a marathon while dragging a 20-pound anchor.  Yes, you can get to the finish and get the weight off but it will take a lot longer and be a lot harder than if you didn’t.

Dan Romand is co-owner and operator of Full Circle Fitness-NY in Colonie, where he is also a certified personal trainer. You can often read his Health & Fitness column within the pages of TheSpot518, or on our website, TheSpot518.com.