REVIEW: Making up with Levine 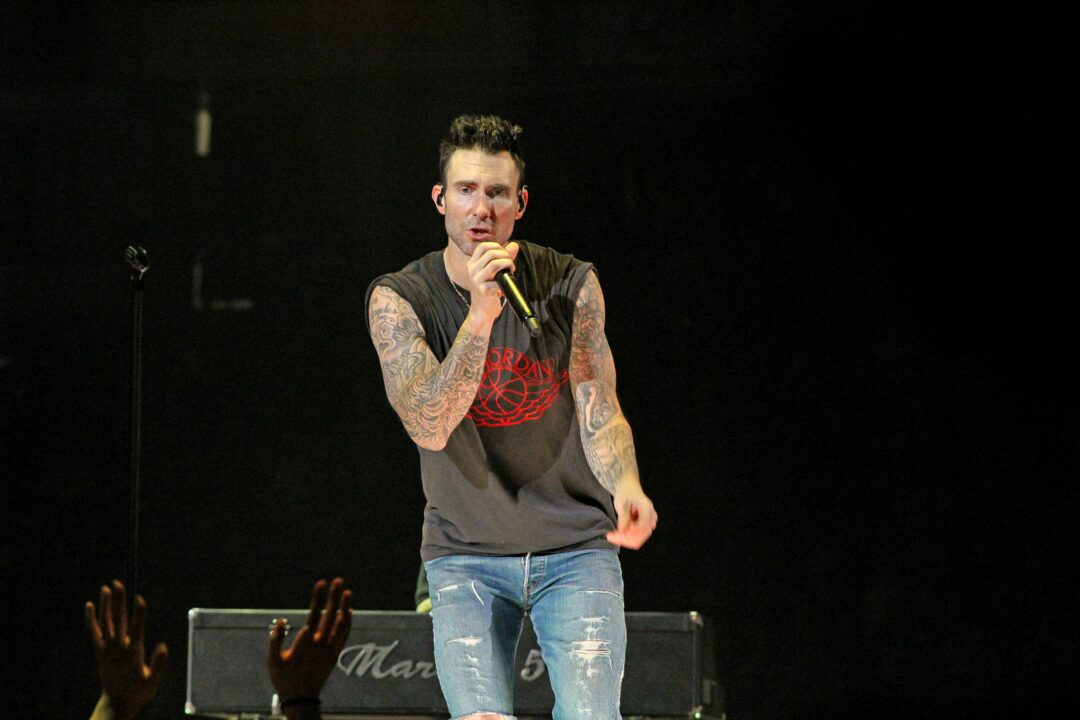 ALBANY — Watching Adam Levine perform with Maroon 5 was a dream come true for me and likely for many of the fans who came to the Times Union Center on Tuesday, March 7. The band had previously cancelled its appearance last September due to the birth of Levine’s first child with wife, Behati Prinsloo.

Opening the evening was the U.S. Virgin Island group, “R-City” (also known as “Rock City), featuring brothers Theron and Timothy Thomas with a half-hour set of Jamaican based hip-hop, rap, and pop hits from its debut album, “What Dreams Are Made Of.” Upon performing the hit, “Make Up,” the brothers continued to make the show kid-friendly by teaching fans some Virgin Island slang. The crowd went crazy for a medley of songs R-City recorded for other performers —“Replay” (Iyaz), “We Can’t Stop” (Miley Cyrus), “I Don’t Mind” (Usher) and “Pour It Up” (Rihanna). R-City closed out the evening with “Locked Away,” a track that features Levine, of which he would reprise later in the evening.

A rousing, electrifying drum solo welcomed the crowd to Tinashe and her group of female dancers, as they opened to “Ride Of Your Life,” from her sophomore album, “Nightlife.” In her half hour set, Tinashe also performed hits from Justin Bieber (“Let Me Love You”) and a remix reminiscent of 5th Harmony’s “Work.” before leading on into her own “Company”  and “All Hands on Deck.” The dance choreography from Tinashe and her dancers was great to watch. At one point, they were all in formation dancing to an Beyoncé-inspired rendition of “Single Ladies.”

By the time the lights dimmed and the music began to blare, the audience was on their feet in anticipation of Maroon 5. Levine and company opened with “Moves Like Jagger.” Levine (guitar/ lead vocals) and his band, featuring Jesse Carmichael (guitar/piano), James Valentine (lead guitar), P.J. Morton (piano), Matt Flynn (drums) and Mickey Madden (bass), wasted no time in getting the audience to sing, video tape, and dance along to a majority of the band’s hits from “Songs About Jane,” “It Won’t Be Soon Before Long,” “Hands All Over,” “Overexposed” and “V.”

Watching Maroon 5 perform to an almost sold out crowd was an evening I will never forget. Levine’s famous falsetto range was on point for every single song he performed. If you’ve thought watching the band perform with Levine on The Voice was awesome, watching their live performance in person at a live venue is amazing. One of the highlights of the band’s first set was a high-energy performance of “Let’s Dance,” a tribute to the late David Bowie. While another was when Levine gathered the band to center stage for an acapella chorus of “Payphone.”

The encore featured nothing but an electronic drum kit and a piano. Levine and Valentine opened with an intimate look at the timeless hit, “She Will Be Loved.” Valentine took the lead, performing on acoustic guitar as Levine sang. He dedicated the song to all of the beautiful ladies who came to watch the show. Morton and Flynn joined Levine and Valentine to perform, “Don’t Wanna Know.” After a few more songs, the band closed the evening with yet another tribute —an electrifying homage to Prince. Purple lights flashed and illuminated the stage as each of the members poured their hearts out to perform “Let’s Go Crazy.” Levine stepped up to the challenge, performing Prince’s blistering guitar solo at the end to the crowd’s delight.

Amy Modesti is a visual artist, photographer and musician who’s dedicated to sharing what’s surrounding her with the rest of the Capital District and beyond. She’s one of the photographers for TheSpot518.