Lord Electro is all ‘Business’ 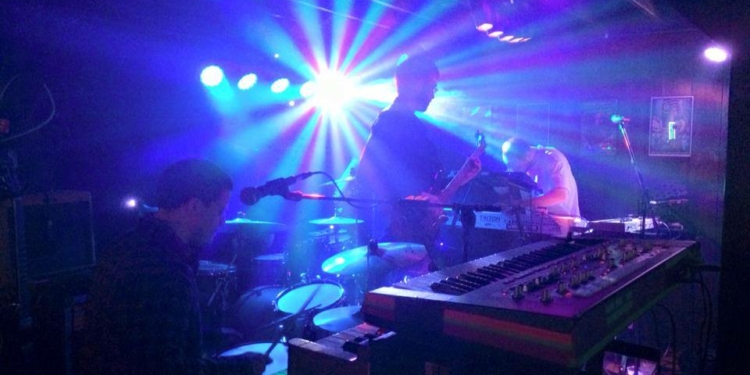 ALBANY — Y’all ready for this?

Lord Electro, Albany’s funktronic trio, is releasing a CD and is celebrating the occasion at The Hollow in Albany, Friday, March 10, at 8 p.m.

Dan Gerken, Steve Mink and Jordan LeFleur are children of the ’90s. They’ve developed a reputation as having an affinity towards all things from that decade, with songs heavily inspired by iconic themes from ESPN’s “Jock Jams,” or a song named in homage to actor Wesley Snipes. Their penchant for the nostalgic music of new jack swing combined with the funk from the disco sounds of Studio 54, garners the attention of fans across different demographics.

Fink said the band is “very excited” about the upcoming release party, which will also feature Normal Instruments and Solaris.

The band’s Facebook profile explains their idea to make a predominantly improvisational live electronic band. To aid in this effort, it stores several live recordings in an archive.

The band is currently touring in support of its new album. Future shows include the Dinosaur Bar-B-Que in Troy on March 24, the Putnam Den in Saratoga Springs on April 8 and a closing out date in Troy on April 29 at the Rustic Barn.

EDITORIAL: It’s about more than the score