Is Wild Adriatic poised for a breakout? 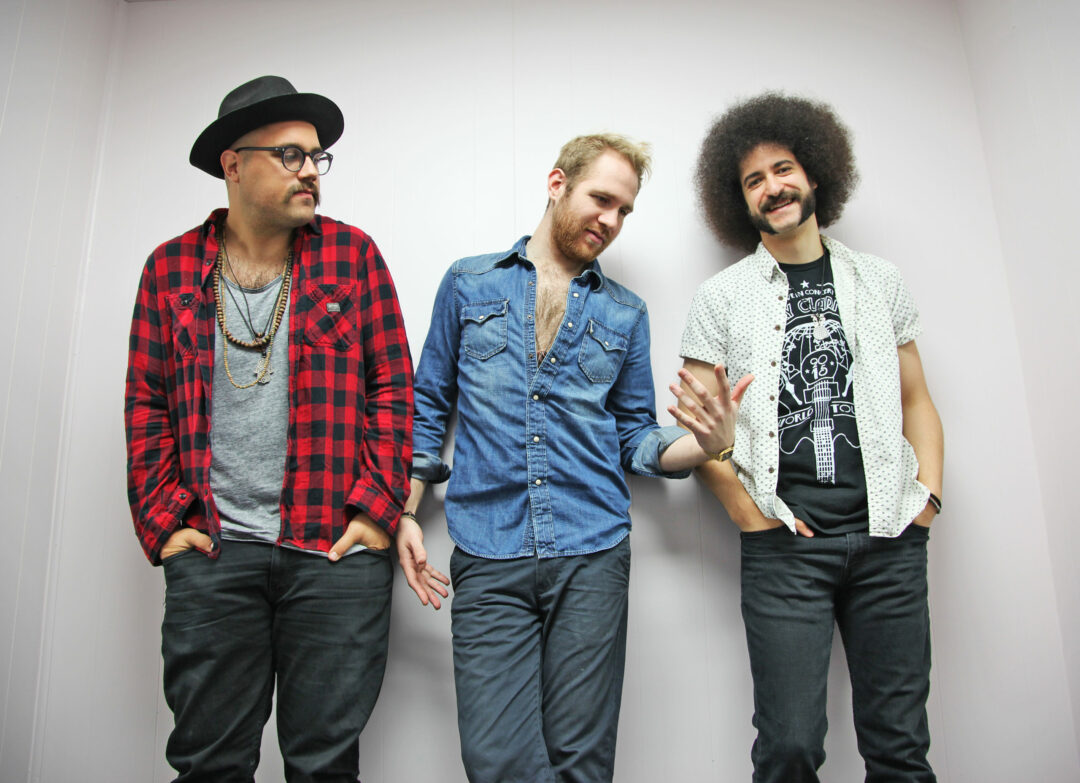 Wild Adriatic going to be the next Capital District band to break out into the international rock music scene?

The trio of Travis Gray (guitars/vocals), Rich Derbyshire (bass) and Mateo Vasganian (drums) certainly thinks it has the right album to do that with “Feel,” released Feb. 3. The album features 11 tracks of soul, blues and rock with plenty of grooves to get people dancing.

“This is the first time we’ve worked with an outside producer (Frenchie Smith) who really took the reins and pushed us. That’s what we really wanted,” said Vasganian. “And we recorded it with no click track — it was all live in the room.”

The change is noticeable right away with lead track “Appleton.” The high-energy rocker pairs Wild Adriatic with the West End Horns for a funky rave-up that is irresistibly catchy.  The horns return a couple of times throughout the rest of the album, as does keyboardist Dustin DeLuke.

Other tracks such as “Cruel Lovin’,” “Same As It Ever Was,” “Hurricane Woman” and “Some Nerve” show off Wild Adriatic’s 1970s-influenced hard, blues-rock sound made famous by such groups as Led Zeppelin and Black Sabbath.

“I think early on, all of us grew up on pop rock,” Vasganian said of Wild Adriatic’s influences. “As we got older, we started listening to what our parents were listening to. The past 10 years, it’s been a discovery of earlier music.”

Each song on “Feel” was a collaborative effort, with Gray presenting Vasganian and Derbyshire ideas, and the band building off of them.

“It’s always a nugget of some idea — a little guitar line or a vocal or a drum beat,” said Vasganian. “It usually takes a couple of times to find where a song is supposed to go.

“Travis (Gray) wrote the majority of the lyrics on this album. He’ll tell us a few ideas, and we’ll work on it.”

Vasganian said “Feel” was basically written on the road.

“We’ve been touring the last three years and writing in weird little pockets — strange houses, in the van, in hotel rooms,” said Vasganian.

Wild Adriatic will celebrate the release of “Feel” with a show Saturday, Feb. 4, at Saratoga Springs’ Putnam Den. It will be the fourth show in a month-long tour that will take the band all around the eastern half of the U.S.

Touring has been a big part of Wild Adriatic’s formula for achieving worldwide success. The Queensbury-based group spends several months on the road every year, playing to increasingly large crowds — especially in Europe, where the band will be heading this summer for its third tour.

“It’s an interesting rock scene in Europe,” said Vasganian. “We see a number of people who go to several of our shows. Also, some cities have a cultural support for rock and roll — especially American rock and roll.”

Wild Adriatic is hoping to ride that wave to more success in 2017.

“There’s no way we could have dreamed this … slowly but surely, it’s all worked out,” said Vasganian.