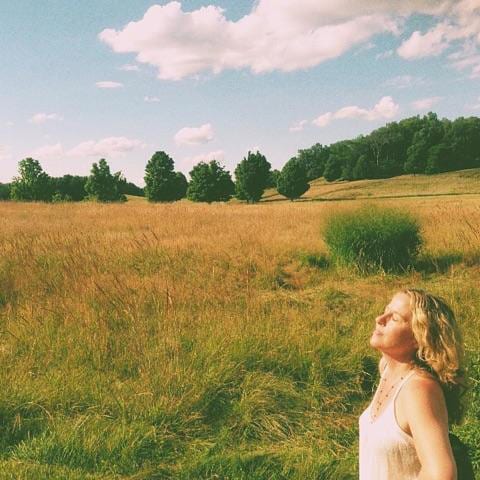 COHOES — Amy Helm has a wish for her return to the Cohoes Music Hall Saturday, Jan. 21, at 8 p.m.

“We want the dancers to come out,” said Helm in a recent phone interview from her home in Woodstock. “We had a handful of dancers last time, so I’m hoping for more this time.”

Helm was the first musician to play a show at the Cohoes Music Hall when it reopened last year, after the Palace Theatre took over operating the Vaudeville-era theater on Remsen Street.

“I loved it,” said Helm of her first experience in the 300-seat, two-tiered theater. “It’s a very interesting space.”

Helm is embarking on a short tour around the Northeast that will take her from Cohoes to New York City, Plattsburgh and New Jersey over the next seven days. Among the shows on this short tour is a performance at a Leonard Cohen tribute concert on Jan. 24 in Brooklyn alongside such performers as Josh Ritter, Lucy Wainwright Roche and Teddy Thompson.

For her Cohoes show, Helm will be joined by her band, the Handsome Strangers, and opening act Eastbound Jesus, a Capital District-based Americana group.

Helm said she’s been observing the music scene in both the Capital District and the mid Hudson River Valley for a while, and she’s been impressed with the depth of talent.

“Not long ago, I went down to Quinn’s in Beacon … and I watched Connor Kennedy, Andy Stack and Lee Falco — with a special guest — do a set of music that would blow you away,” said Helm. “And they’re all young and from around (the Woodstock region).”

These have been interesting days in Helm’s life, too. There has been a revival of interest in The Band — which featured her late father, Levon Helm, on drums and lead vocals — on the 40th anniversary of the release of “The Last Waltz,” the album and documentary film about the group’s final concert in 1976. A super group featuring guitarist Warren Haynes, keyboardist/vocalist Michael McDonald, former Radiators lead singer Dave Malone, Dumpstaphunk leader Ivan Neville, pianist and Hudson River valley resident John Medeski and more will be playing Feb. 2 at the Palace Theatre. (An interview with Medeski will be featured in an upcoming edition.)

Helm doesn’t shy away from playing her father’s music from his days in The Band during her shows.

“I always try to do a few songs that dive back to my father,” said Helm. “My father is very present in my shows because some of my songs are ones that he taught me how to play when I was younger, and some are The Band’s songs.”

Helm also continues to run Levon Helm Studios in Woodstock — a venue created inside a barn where the audience sits around the performers on three sides.

“It’s got a very warm and inviting vibe, and the relationship between the performers and the audience is very intimate,” said Helm.

But for Helm herself, there is nothing compared to the thrill she gets playing her songs for people.

HEALTH and FITNESS: Yoga can help reduce anxiety and stress from hectic schedule