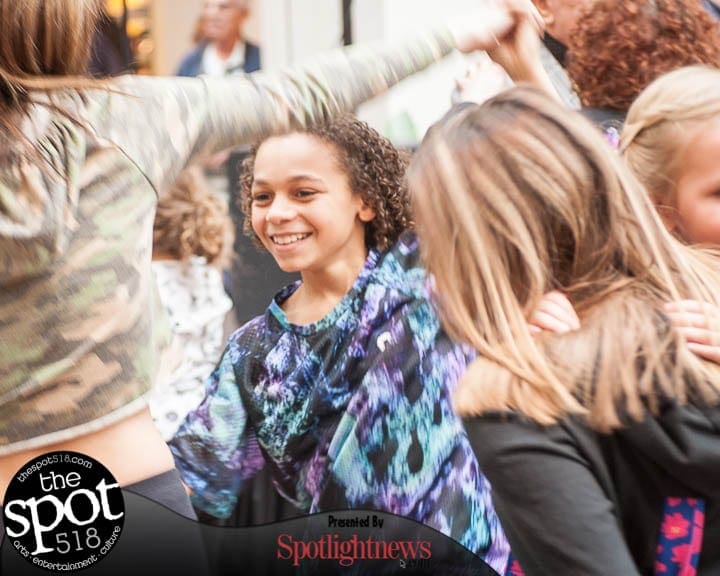 According to the Mall Hall of Fame, construction on Colonie Center, the fifth mall built by Illinois-based Homart Development, stated in October, 1964 on a 96-acre plot of land on Wolf Road at the intersection of Central Avenue.

Charter tenants in the 709,300-square-foot shopping mall included Macy’s and Sears, which are still open for business, as well as Mack Drugs, Suburban Gal, the Barnsider Restaurant, Howard Clothes for Men and Kennedy’s of New England. A single screen movie theater, United Artists Center Theater, was located in an outbuilding on the southeast corner of the mall’s land.

Competitors quickly followed, according to the Mall Hall of Fame, with the opening of the Northway Mall, built directly across Central Avenue, and Mohawk Mall in Niskayuna, opening in 1970.

Throughout, though, the much larger Colonie Center remained the retail hub of the Capital District. Until 1984, that is, when Crossgates Mall opened in the adjoining town of Guilderland.

The newer, larger, flashier mall was such a threat to Colonie center, the owners opted to expand.

The first attempt in 1984 never got off the ground, but construction on a three-phase, $68 million project began in 1988. It included a new three-level, 305,000-square-foot Macy’s, the renovation of the existing Macy’s space into 60 new stores and a food court, and the addition of a two-level, 80,000-square-foot space for a new anchor.

At 1.2 million square feet, Colonie Center surpassed the 875,000-square-foot Crossgates and was once again the Capital District’s largest mall. After the expansion, the number of stores and services under its roof went from 90 to 150.

Then, the 30,000-square-foot space once home to Flah’s and later to Herman’s World of Sporting Goods was expanded by 30,000 square feet, and the Christmas Tree Shops opened it’s doors in September, 1998, according to the Hall of Fame.

Steinbach vacated in 1995, and after a re-build, Pennsylvania-based Boscov’s opened on Oct. 30, 1998 and still remains a viable anchor.

Feldman Mall Properties, of Great Neck, acquired the mall in February, 2005 and spent $110 million to remodel the interior common spaces. Next, the company extended and remodeled the north façade and added 105,000 square feet, part of which is now home to the Cheesecake Factory, L.L. Bean and Barnes and Noble.

The latest incarnation of Colonie Center includes a 65,000-square-foot, 13-screen movie theater, which opened in 2008, and Whole Foods Market, which opened its doors on June 18, 2014.

In 2006, Feldman Mall Properties brought in Chicago-based Heitman Value Partners as co-owners, according to the Hall of Fame. In 2009, Heitman bought out Feldman and became the sole owner of Colonie Center until the company sold it to KKR, out of New York City, and El Segundo, of California in 2013.

The photos below are of the 50th Anniversary celebration. Open one to view a full-size slideshow of the rest.

Fitness at any age: No matter how old you are, movement is the key