HEALTH & FITNESS: Sugar is the crutch 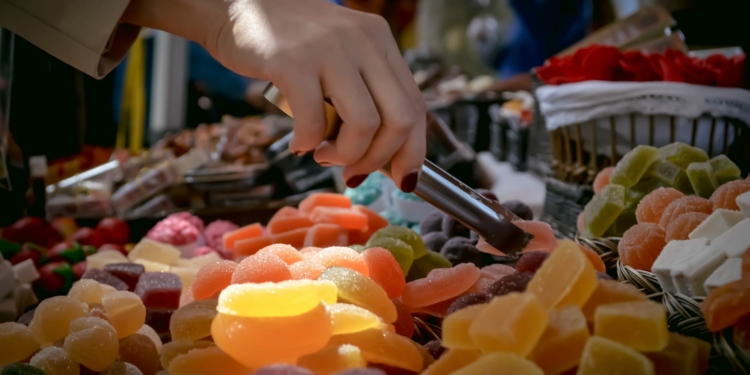 No doubt you’ve seen in the news the ever-increasing levels of heroin addiction in this country. It’s truly sad to think about.

I’ve known several parents who have had to deal with this awful epidemic and know first-hand how tragic it is, but as bad as that epidemic is there is one that’s far worse.  And you won’t find it in the headlines.

That’s our addiction to sugar.  Did you know that in a 2008 study it was found the average American eat over 19.5 teaspoons of added sugar each day!

Think about that for a second. Better yet go over to your sugar bowl and put 19 teaspoons of sugar on a plate to see how much that is!

And how much should we be eating?  Well for women about six teaspoons and men nine.

And the numbers have only gone up.  The U.S. Department of Agriculture estimates that Americans consume between 150 and 170 POUNDS of sugar each year.   In other words, we each eat the equivalent of an adult human in sugar.

Is it any wonder why 70 percent of the country is overweight and more than a third morbidly obese?

But it’s not just weight that is the issue when it comes to consuming that much sugar.  The effect on overall health and well-being is staggering.

Here are Five Reasons Why You Need to Cut Back on Your Sugar Intake:

1. Sugar is a leading contributor to obesity in adults & children:  As mentioned earlier over 70% of Americans are overweight.  Numerous studies have shown a correlation between the amount of sugar consumed and obesity.  For children, in particular, it was found that there was a whopping 60 percent increase in the risk of obesity when they consumed daily servings of things like sugar-sweetened beverages.  Simply put if you’re looking to lose weight or lessen your risk of obesity you need to cut sugar from your diet

2. “It’s Not Fat” is a problem: Since the late ‘60s/early ‘70s we’ve been taught that we need to eat a “low fat” diet because too much fat leads to heart disease which is the number 1 killer of adults in the US. Perhaps you saw the recent revelations in the news how about 50 years ago the sugar industry paid scientists to point the finger at fat.  At the same time, they down played the effects of sugar.  The end result?  Obesity levels skyrocketed to an all-time high and it grows every year.  Newer studies are finding that while fat isn’t harmless, it is sugar that may be one of the leading drivers of heart disease

3. Sugar may give you cancer: Multiple studies show that people who consume too much sugar are at a much higher risk of cancer than those that moderate their intake.  Scientists believe this may be due sugar’s effect on insulin which is one of the key hormones that control growth and multiplication of cells.  In addition, it is well known that sugar causes other metabolic issues and can be a driver of inflammation which is another potential cause of cancer.

4. Too much sugar can overload the liver:  This can lead to something called non-alcoholic fatty liver disease which is a growing problem in the U.S. and other Western countries. Studies have found that those who have a fatty liver consume up to two to three times as much sugar as the average person.  As they consume that much sugar the body can’t digest it and it turns to fat which can in turn get lodged in the liver.  This also increases the risk of insulin resistance which is believed to be a leading cause of many diseases including metabolic syndrome, cardiovascular disease, and Type 2 diabetes.

5. Sugar contains no nutrients and is Bad for your teeth: This one may seem like a no-brainer and most people know this to be true yet they ignore it.  Sugars added to food including high fructose corn syrup add a whole bunch of calories and no essential nutrients. These are also known as “empty calories.”  They contain no vitamins, minerals, essential fats or proteins. They are nothing more than pure glucose aka sugar which the body uses for energy. And when there is too much “energy” for the body to use it gets stored as fat. And of course, we all know that sugar is bad for the teeth and leads to cavities

Simply put, too much sugar can kill you.  And, most of you reading this are consuming far more sugar than you think you are.  Manufacturers add it to many foods even when it isn’t necessary because we humans… well, we’re biologically programmed to like sugar.

And, because of all the added sugar in our diet we’ve become addicted to it. The brain responds to sugar in much the same way it responds to drugs like heroin in fact studies are showing even more so.

And, when we don’t eat sugar the brain gets cranky because It wants its fix hence those cravings we all know about.

The best solution is to make a commitment to cut back on your sugar each and every day.  Treat it like the addiction it is and slowly wean yourself off it.  Avoid sugar in processed foods (i.e. those foods that come in boxes) and when you do have sugar choose natural sources like fruit.

It will take time (how much depends on the individual) but it can be done. Start today!

Dan Romand is co-owner and operator of Full Circle Fitness-NY in Colonie, where he is also a certified personal trainer. You can read Romand’s health and fitness column weekly in TheSpot518.

Ask Your Daughter: Stretching is important for good health

LETTER to the EDITOR: Want diversity? Then slow down development