by Spotlight News
in Food and Drink, The Spot
Reading Time: 3 mins read 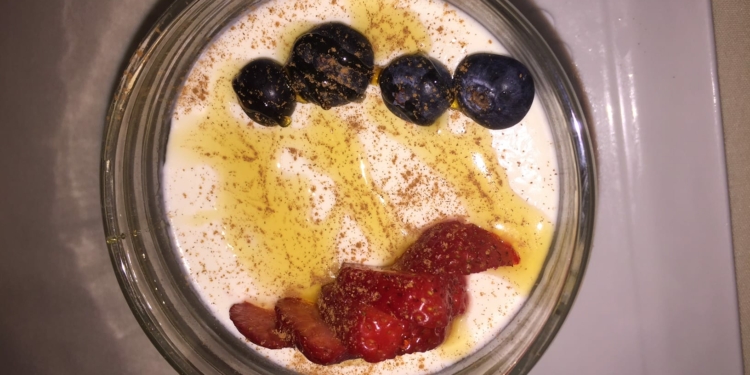 ALBANY — We had multiple things to celebrate this weekend, so we decided to head out for Italian. Celebrations in my family always call for a good Italian meal. It was my boyfriend, daughter and I, as well as another couple. We chose Grappa 72 in Albany because the other couple had never been there prior, and my boyfriend and I had been but only for a quick dinner on a weeknight.

We made a reservation, which was important, as they were booked tightly that evening. We ended up running a bit late, but that wasn’t an issue for them.

We were seated almost immediately when we did arrive, and offered water. Our server came over quickly, took our drink order and asked if we wanted to hear about the specials then or in a bit. I thought that was a nice touch, she gave us the option of relaxing a bit first. However, as we were all hungry, we listened to specials, as well as placed an order for calamari and a caprese salad to start us off. Three of us also ordered wine. In addition, bread was delivered to our table quickly. It was served with a slightly spicy olive tapenade, and an oil and vinegar dipping option (which is a favorite of mine).

Our wine, and the other beverages arrived quickly, and my Riesling was wonderful. It was chilled nicely, and was just sweet enough that it didn’t turn into a dessert wine. I wish I had gotten the name, I may end up calling them, as I would like to get a bottle for home.

Once our appetizers arrived, we were more than ready for them. The calamari was served with a yogurt based dipping sauce, almost like a spicy version of tzatziki but our server also brought the traditional marinara, as she said many people like to have the option. The calamari was good, I am not going to say the best, it could have been a little less breaded and a little more seasoned, but it was certainly good. I also did not like the yogurt sauce with it, and am glad she brought the other option. The caprese salad was the perfect size, enough for all the adults to have a good-sized piece, without it being so large that we couldn’t handle it. The mozzarella was very fresh, and even though it is an off time of year, the tomatoes and arugula tasted as if they were in season.

It will be difficult to focus on everyone’s entrees, as there were just too many of us, but I will begin by saving everyone raved about their dishes. I chose the vongole (linguine and clams) and it was outrageously delicious. There were about a dozen clams (still in the shell) on the top of a perfectly cooked linguine. The wine sauce was a little thick, which was wonderful, because it clung to the clams as well as the pasta. The garlic, and lemon complimented the wine base with the just right amount of each. The meal was large, but with the way the wine sauce was served, as well as the clams, it was not uncomfortably filling. It was a must order for sure.

My daughter chose the bolognese, and not only devoured as much as she could then, but finished off quite a bit the next day for breakfast. Their bolognese has a sweetness to it – which we later discovered was a hint of nutmeg, and it just adds a lovely extra dimension to the sauce. My boyfriend at one of their specials, one of our friends also enjoyed an order of the vongole, and his companion had the cavatelli dish, which she said was fantastic.

Even though we were all quite full, we decided on a few desserts, as we were celebrating a few milestones. Between all of us, we ordered the tiramisu, the crème brulee and panacotta. All three were outstanding and clearly made in house as they had told us they were.

I want to highly recommend Grappa 72 for either a date night, a celebratory evening like ours, or even just a quick weeknight meal. We all left full, happy and relaxed, which is a clear indicator that it was a great night.

Elizabeth Schaefer is our restaurant reviewer. You can often read her review of local eateries here and on our website, www.TheSpot518.com.