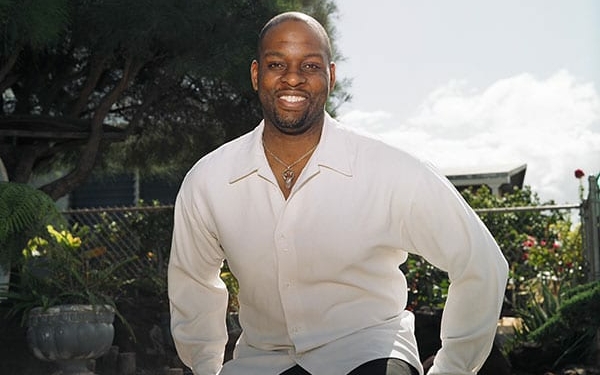 SARATOGA SPRINGS – The Bethesda Episcopal Church will honor the musical legacy of Harry T. Burleigh on the 150th anniversary of his birth at the church’s annual Advent Service of Lessons & Carols on Saturday, Dec. 3.

The service will feature the singing of internationally acclaimed opera baritone Stephen Salters, one of America’s premier interpreters of Burleigh’s arrangements of African-American spirituals.

Bethesda’s annual Service of Lessons and Carols heralds the season of Advent, and includes scripture readings and musical selections foretelling the birth of the Messiah.

This year’s special event will include repertoire by Burleigh, with both Salters and Bethesda’s Schola Cantorum choir featured. Bethesda’s music director and organist Farrell Goehring, and choral director Kathleen Slezak will lead.

Salters, who sings “like God on a good day, intensely imaginative and adventurous” according to the Washington Post, has won acclaim throughout Europe, the U.K., Asia and the U.S. for his passionate and impeccably articulated performances of a wide range of both contemporary and standard repertoire.

Salters’s appearance at Bethesda, located at 26 Washington St., is part of a collaboration with Skidmore College marking Burleigh’s anniversary.  The Skidmore Music Department has mounted a training workshop and academic unit on the history, significance and performance of spirituals. Public events at Skidmore will take place at the Arthur Zankel Music Center on Friday Dec. 2:

• 7 p.m.: A pre-concert talk by historian Jean Snyder, author of “Harry T. Burleigh: from the Spiritual to the Harlem Renaissance” (2015), Ladd Concert Hall.

Local historians have placed Burleigh in Saratoga Springs in the 1890s, where he visited to work as a wine steward in the Grand Union Hotel, which, like other hotels, provided seasonal jobs for young African-American men.

Bethesda’s rector, Rev. Joseph Carey, took an interest in the young men who worked in the hotels, and arranged an afternoon service for them, where Burleigh’s voice attracted attention and visitors.

As a student at New York City’s National Conservatory of Music, Burleigh became associated with Dvorak and is credited with inspiring the great composer to include spiritual melodies in the New World Symphony.

As a singer, Burleigh was auditioned for the soloist position at St. George’s Episcopal Church, Stuyvesant Square. Opposition to his involvement from white members of the congregation was overcome by none other than J. Pierpont Morgan. He remained in that position for 52 years.

Burleigh was recognized by the National Association for the Advancement of Colored People in 1916 with its third annual Spingarn Medal for highest achievement by an American citizen of African descent. Burleigh is credited with encouraging young musicians including Marian Anderson and Paul Robeson. Pall bearers at his funeral in 1949 included the composers Eubie Blake and William C. Handy.