‘The Last Waltz’ will be screened at The Egg Friday, November 25 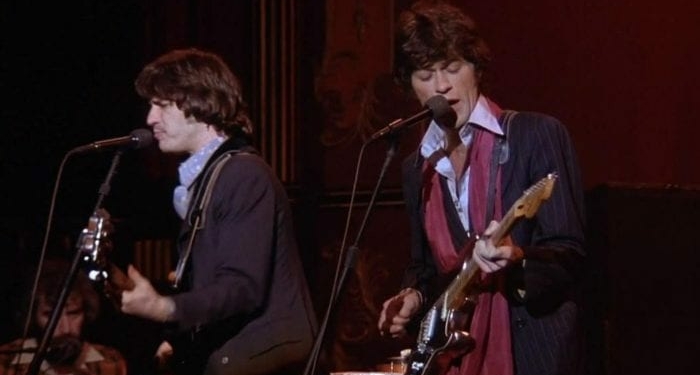 The Egg will have a free screening of "The Last Waltz," documenting the final concert by the original members of The Band, Friday, Nov. 25, at 7:30 p.m. Submitted photo

ALBANY — “The Last Waltz,” the movie that documented the final performance by the original member of The Band, will be screened at The Egg Friday, Nov. 25, at 7:30 p.m., as part of the “NY Living Legacy — The Band” series.

The film, directed by Martin Scorcese, will be screened on the 40th anniversary of the group’s final show. The screening will feature “real feel” sound technology created by music producer and sound engineer Rob Fraboni, who worked with The Band and Bob Dylan on their 1974 tour and “Planet Waves” album. Fraboni also designed and built the Shangri-La Studios in Malibu, Calif., and engineered The Band’s “Northern Lights/Southern Cross” album, as well as “The Last Waltz” soundtrack.

Fraboni will be on hand following the movie to participate in a panel discussion about the film and The Band, along with musician Happy Traum, former Band tour manager Butch Dener, author Peter Aaron, who recently published “The Band FAQ — All That’s Left to Know About the Fathers of Americana,” and photographer Elliott Landy.

Admission is free, but reservations are recommended by calling The Egg box office at 473-1845 or visiting www.theegg.org.