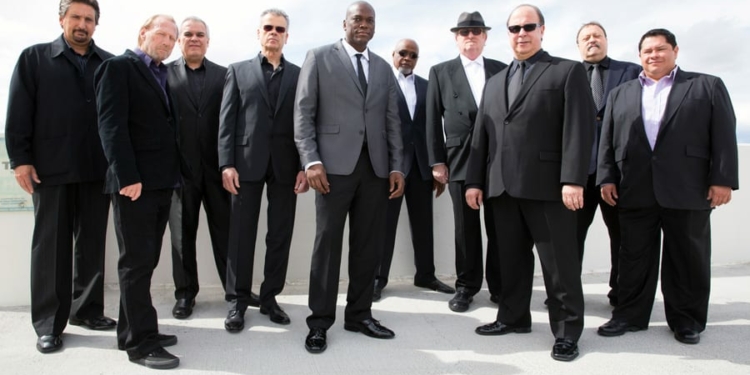 COHOES — What is hip?

Emilio Castillo, the bandleader of the Oakland-based soul funk band Tower of Power, has been asking that question since the song first hit the charts back in 1973, but without resolution. So, with nearly 50 years in the music industry, exhibiting an unrelenting will to maintain the band’s original sound, who else is best suited to answer the question then Castillo?

“Basically, since I’m the writer of ‘What is Hip,’ it would be kind of foolish of me to say, ‘Oh, this is hip,’” said Castillo. “Because, no sooner that it’s out of my mouth, then it’s no longer hip.”

First formed in 1968, Tower of Power has remained true to its sound ever since. The ten-piece band provides a powerful performance of soulful funk and rhythm and blues, heavy on the horns that are unabashedly placed stage front. It’s a unique experience music lovers don’t often see in today’s Top 40 music.

Castillo admits his taste in music has changed over the years. It’s expanded from an exclusive catalogue of soul music to other genres, such as bluegrass. A devout Christian, he also listens to gospel.

In July, the members of Tower of Power said goodbye to longtime bandmate Terry “Rufus” Miller, who died at the age of 72. Miller was the band’s first lead singer. On the band’s website, Castillo released a statement, remembering Miller as a “little guy with a huge gravely voice,” and he credited him for the band’s success.

“… As a believer in Christ, he’s definitely in heaven with the Lord, stated Castillo. “Rufus was with us when we auditioned at the Fillmore Auditorium and I’m quite sure he was a BIG reason why we got signed to our first record contract by Bill Graham and David Rubinson. Over the years when I described him in interviews I said he was like a Tasmanian Devil up there on the stage. A little guy with a huge gravely voice; always ahead of his time with his fashion, he was the first guy I ever saw wearing a Dakshiki. He was a force to be reckoned with and will be missed.”

As Tower of Power continues to tour, stopping at the Cohoes Music Hall for a show on Thursday, Nov. 10, the band is preparing the release of another album next year. Castillo said 28 tracks have already been cut for the new release. The band is now tasked with widling the track list down to 12. What will come out in the end, should sound familiar. And, it’s not a matter of defying what people today consider hip. Castillo said, it’s just what Tower of Power sounds like.

“There’s always going to be people my age saying you young people don’t know what real music is,” said Castillo. “And, it’s just not true.”

To take a line out of Castillo’s chartbusting song: “Sometimes hipness is what it ain’t.”