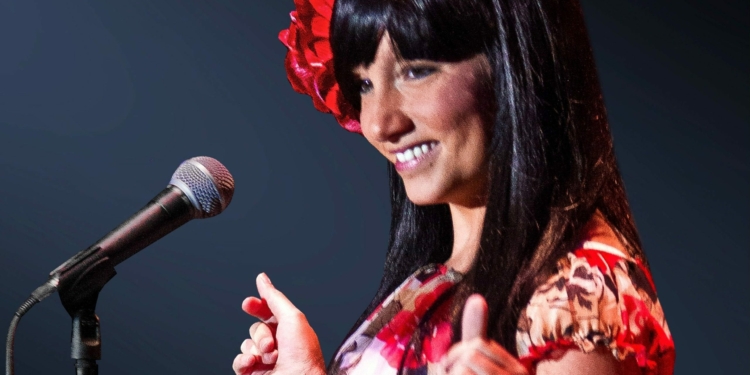 SCHENECTADY — Looking like a rock star on the cover of Rolling Stone magazine, can have a formative influence on a high school boy. Throw in the mix the ability to sound like another rock icon, you can imagine feeling the hand of fate grasping firmly on that kid’s collar.

“When I was in ninth grade, I was at a keg party in some kid’s backyard,” said Tommy Love, a fan favorite within the local music scene. “There was a bunch of girls in the corner, under a tree, and they were giggling. One girl comes to me and says… I have a poster in my bedroom, hanging on my ceiling that looks just like you.” She spoke of the Rolling Stones’ Mick Jagger. Love immediately turned the compliment into the idea to pursue music.

Love is among 20 different performers in “GROOVIN’… A 60s & 70s MUSICAL JOURNEY,” to appear at Proctors Theatre on Saturday, Nov. 19 in Schenectady. The troupe of local talent represent a cornucopia of cover artists tasked with portraying the legends of classic rock and roll.

Love plays both Jagger and Robert Plant in “Groovin’.” He could be a doppel-ganger for both, but the experience heightens once he starts to sing.

“I’ve been specializing in [Plant’s] voice ever since I was a kid, when I first heard of Led Zeppelin,” said Love. He was mesmerized by Plant’s diverse vocal characteristics, so much it took him a year to emulate it. “Robert Plant’s [voice], I had to work with in order to condition my voice to sound like a woman and a man at the same time, and have that same siren rasp,” said Love. “I notice a lot of tribute Robert Plants today… they’ve got that range, but they don’t have that raspy whine.”

Love’s attention to details is common among his castmates. Trained musicians, some of whom perform separately on their own, as themselves. This is the fourth year Groovin’ is appearing at Proctors Theatre. Many of the acts return each year to help audiences relive the memories of concerts of the past. For them, a connection has been made with the artist each respectively portrays.

“The greatest thing is the singers and performers that I have,” said “GROOVIN’” Director and Producer Gary Weinlein. “As long as we can portray the look through make-up and hair and outfits. And, as long as they can imitate and emulate the voicing of the person. Really, we have a huge array of artists we can select from. In fact, this year, we are doing nine different acts than we’ve ever done in the past.”

Collette McComb is the school director for the Performance School of the Arts in Saratoga. She has received several superior plus ratings at various Music Teachers National Association (MTNA) piano competitions. And, her original composition, “The Tempest,” won first runner up for Nationals in the 1998 MTNA original composition contest. For “GROOVIN’,” she performs as Stevie Nicks, Grace Slick and Carole King.

“[King’s] definitely an inspiring woman, being that she was a female artist and she was such a prolific writer,” said McComb. “That’s special to me because people didn’t just look to her as a sexual icon, she was an accomplished musician and performer. The woman could really write. She wrote from the heart. She wrote about life. And, when I think about the greatest songwriters, she’s right up there with Bob Dylan for me.”

Outside the production, McComb is pursuing a solo performance career. Weinlein calls her “The Female Yanni.”

King shaped much of the music in the 1970s with her performing and songwriting. She’s a new addition to the show’s line-up, as is David Bowie, who died earlier this year.

“His mark in classic rock music is added to the same names that will live forever,” said Weinlein. “Including Elvis Presley, through Jim Morrison and Janis Joplin. Now David Bowie and Joe Cocker. … David Bowie’s name has so much relevance to music and his longevity and his ability to go from one end of the spectrum musically to another end to continuously attract. No generations to him. Amazing career. Amazing.”

The additional stars has expanded the line-up from previous years, making this the largest by far.

“This year is bigger than ever, because we’re going to do 21 tribute acts during the night,” said Weinlein. “Classic rock music. My era of time. The best music there ever was, by far as far as I’m concerned… Music was a big influence on my life and on that generation of people from that time. And, that music is going to live forever. It’s classic rock at it’s best.”