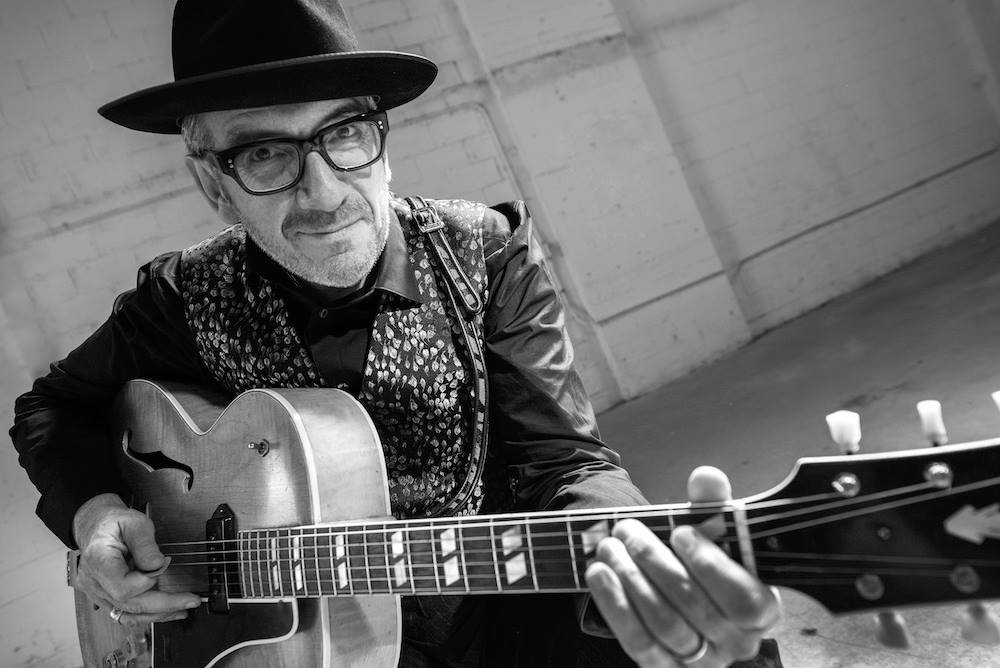 ALBANY — Elvis Costello released 25 albums in 30 years, in a wide variety of genres. When I heard that his current tour would be leaning heavily on the “Imperial Bedroom Album” I wasn’t surprised. This seemed to be the place in Elvis’s career where maturity set in as a song writer and although most of these songs were written at the ripe old age of 26, it was already his seventh full-length record.

Costello took the stage with what was two thirds of the original line up from his original band The Attractions with Steve Nieve on piano and Pete Thomas on drums. Davey Faragher who is best known as co-founder and bass player for the 90s band Cracker rounds out the Imposters.

Costello opened with “The Town Where Time Stood Still” from the “Punch the Clock” Record before delivering his first song from “Imperial Bedroom,” “The Loved Ones” which is such a great pop song with that walking bass line….I knew we were in for a good night. Next up “Lipstick Vogue” from “This Year’s Model.” During this song Elvis encountered a little technical difficulty with his guitar and after a mid-song switch out he fires off a vicious impromptu guitar solo as “the angry young man” persona that we all loved from the early days. It was 1977 at the Bottom Line all over again! When it was time for “Accidents will Happen,” the vocals seemed a little off to me but that’s part of the Costello charm. The set continued heavy on Imperial Bedroom tracks with the hits sprinkled throughout. Allison received a stripped down treatment with Just Costello and his two female backup singers. It was a “pretty” version but I would have just as soon heard Elvis sing it by himself.

The 27-song, two-hour set included a four-song encore. It was a great trip through a great career featuring many of the hits. “Green Shirt,” “Watching the Detectives,” “Less Than Zero,” “Every Day I Write the Book,” “Pump it Up” and “What’s so Funny ‘Bout Peace Love and Understanding.” There were some noticeably absent like “Radio Radio” but you can’t have everything!

The angry young man that I saw sing Radio Radio at the Bottom line in 1977 has mellowed and matured over the years but one thing is evident, he is nowhere close to finished, although it’s hard to imagine what he might do next?