Titanics are charting new waters in an old business 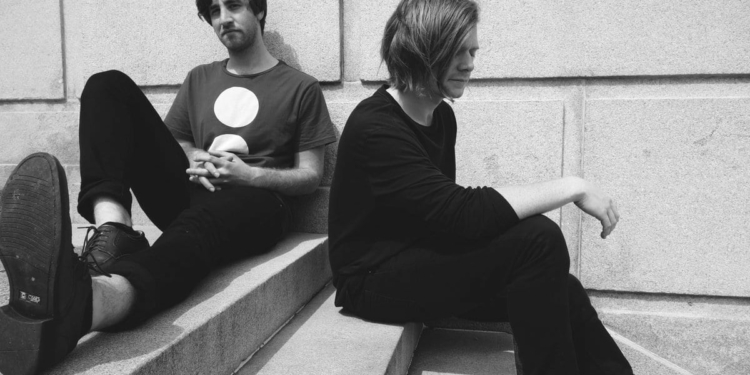 CLIFTON PARK — When I met with Titanics last week, the band was fresh off a stop in Boston that put the group back in Albany at 4 am that morning. October has been a busy month for the Albany based tranquil-pop duo comprised of Mark Lombardo and Derek Rogers.

The duo’s approach to writing, recording, producing and even graphics is efficient and self-contained. All in house. As a matter of fact, just being a two-man band allows their tour ride to be a Honda Civic. And, of course, this scenario is probably only possible because Rogers and Lombardo are best of friends. You  see it when you chat with them, and you see it on stage. I also learned that the duo aren’t necessarily looking to be road warriors. I don’t think they are looking to be traditional rock stars at all.

They believe the ground rules have changed and that the record companies are becoming less and less important. The music industry model is changing and they seem prepared to help usher it in. Lombardo recently left his day job of refurbishing student violins and has become self-employed through his music production business. Rogers, on the other hand, continues his day gig as a graphic designer. Both of these careers seem to work well in conjunction with their musical visions.

If “Hotel” says anything about Titanics, it says things are good. These two friends have their focus and have plans to stay the course.

The Rusty Nail will be hosting “An Intimate Evening” with Titanics Friday, Nov. 4 from 9 to 12 p.m.. This will be a great opportunity to see Lombardo and Rogers. Normally, when you see Titanics it’s usually a 35-minute set in a larger venue. The Rusty Nail will be a change of pace. Not only will you get to hear music from all three releases, you’ll be treated to some acoustic versions and covers as well.

A Day of Simple Giving