Len Tantillo is painting the history of New York 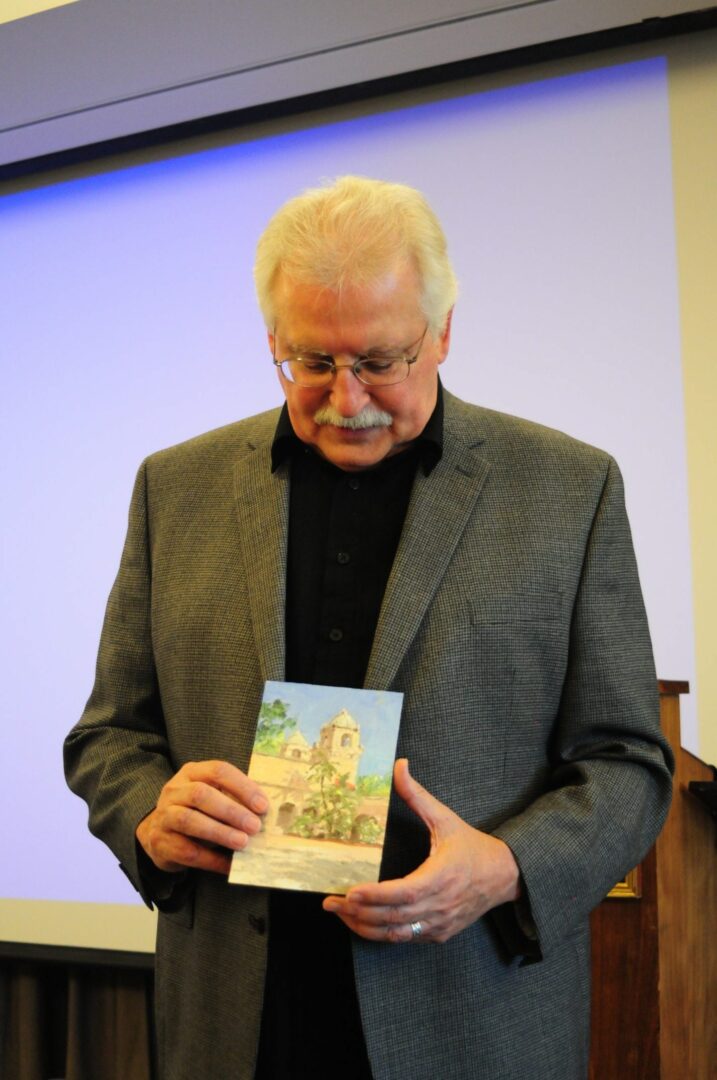 Walking down Albany’s State Street, it’s difficult to disassociate the two guilds from one another, witnessing the beautiful architecture of the Capital City’s historical buildings. But, to clarify, Tantillo is a painter. He left his job as an architect more than 30 years ago to pursue a career in the fine arts. Today, he is known for his works on historical and marine painting. His work has appeared internationally in exhibitions, publications and film documentaries. His work has been included in collections of the Metropolitan Museum of Art, Fenimore Art Museum, the Minnesota Museum of Marine Art, numerous historical societies, and corporate and private collections throughout the world.

Tantillo spoke before a group of community leaders in October, sharing his thoughts on how the arts impact and enhance the quality of life for residents and businesses, at a recent corporate breakfast to celebrate the Albany Institute of History & Art’s 225th anniversary.

Tantillo lives in the Capital District. The rich history of the region has provided him with plenty of inspiration. He has more than 300 pieces dedicated to the history of New York state. And, most recently, he was commissioned to paint a composition depicting the arrival of Governor George Clinton titled, “1748: The Arrival of Governor Clinton.” The piece is on loan from the Eberly Family to be displayed at the institute.

“Right at the beginning, I decided that if the body of my work could tell a story, then that would bring a way to respect and understand our past,” said Tantillo. To do so, Tantillo uses tools he learned from his past vocation in design.

Tantillo paints places and objects that scarcely exist in 2016. To paint the skyline of colonial age Albany, he first relies on maps. To understand depth, and how light plays on each of the buildings, he next builds a model. His model building has since evolved to using sophisticated computer programs, such as one often used by fashion designers, so that he can understand how material drapes and flows. That’s best viewed on the Governor Clinton piece.

“I had an opportunity in the early 1980s to do historical figures in Virginia,” said Tantillo. “That just opened my eyes to a whole new subject matter, and I’ve stuck with that ever since. It’s been a really rewarding and wonderful trip filled with all kinds of adventures.”

LIFESTYLE: Yoga as a means to remedy PTSD