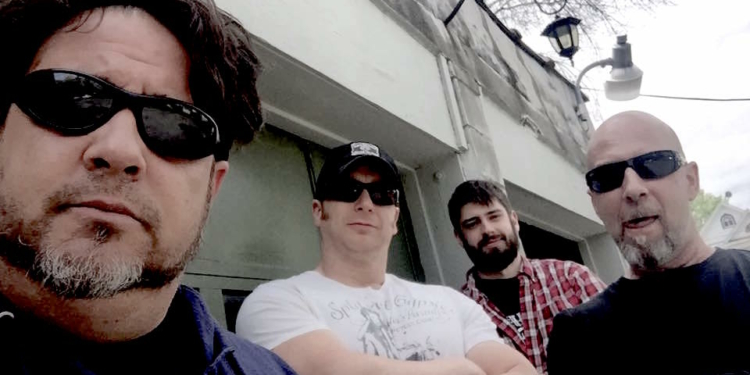 The four-piece rock band out of the Collar City was overhauled with a new lineup earlier this year. A shake-up Renna said, that happened because “life” gets in the way of keeping a band together:

Gets in the way of practicing.

Stands in the way of writing.

But, that all started to change in March. Dan Scleicher, Zach Leffler and Michael James paired up with Renna to form the next iteration of Let Go Daylight, and life no longer stands in the way.

“This is the newest and probably the best incarnation of the band,” said Renna. “Every time we step into a jam, or to play a show, it just seems to come natural. We start playing, even unrehearsed stuff comes naturally.”

Let Go Daylight is now clicking on all four cylinders. Practicing. Writing. To the point the band will hit the studios next month to record its first album in two years. Renna said a subsequent release will follow within a year.

“We haven’t put out any news music since 2014, so it’s time,” said Renna.  But, to whet the appetite of fans there is a tentative plan to soon release a 13-minute track (with a possible bonus track) called “The Low Down and Dirty.”

Renna said the name of the unreleased track pays homage to the band’s sound, which he described as “gritty, bluesy, and more heart-felt.”

Since the band formed four year’s ago, Let Go Daylight’s sound has been steeped into the influences of Nirvana, Black Sabbath, Metallica and the Misfits; defined best by Renna screaming out vocals. However, he said, he’s now extending himself beyond his comfort level and harmonizing the lyrics.

Music fans will catch a glimpse of this new line-up Friday, Oct. 28 at the Dinosaur Bar-B-Que in Troy, when Let Go Daylight shares the bill with Phillips Head for a free show.

NIGHT & DAY: Halloween under the Big Top and Shrek The Musical