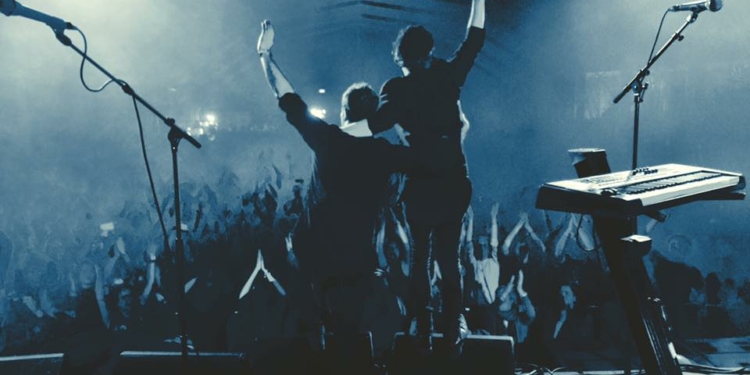 MALTA — A couple times a year the kind folks at Nanola and WEQX spoil all of us with a show of such caliber — in a great, intimate setting — for free. It’s usually a late breaking event and another reason to keep Nanola in your rotation for live music. So in my latest installment of all that is great with being a music fan in the Capital District, I bring you Vancouver raised, Brooklyn-based, electronic production duo Bob Moses from Nanola. Folks, this is a luxury for any music fan that I don’t take for granted and you shouldn’t either. Preaching complete!

Bob Moses resides between organic band and electronic production project and it seems comfortable and natural living there. Their hybrid of Deep House Rhythms, great guitar hooks and singer songwriter vocals gives us a fresh sound from this duo comprised of Tom Howie and Jimmy Vallance. On this night the duo had added a drummer that helped them convince the crowd that Bob Moses wasn’t just a house DJ, but a full fledge band.

The crowd at Nanola was all in during most of Bob Moses 70 minute set and Jimmy Vallance continued to work the room with a call and response like any good DJ at a dance club. It was a different spin (no pun intended) to see a band basically fronted by a DJ as opposed to the lead singer.

At about the hour mark it seemed that they had lost the crowd a little but I blame that on a Tuesday night. As soon as Bob Moses served up its current single “Tearing Me Up” the crowd was back in a hurry to sing along to the eight-minute version of this great song!  No encore was delivered but I was okay with that since the band probably gave us an extra 20 minutes compared to its normal set. Afterthe show ended Bob Moses visited and mingled with the crowd like any local band would when it finishes.

Once again a fantastic, intimate show. Keep an eye out for the next one because these shows shouldn’t be taken for granted or missed.

Interesting Factoid: Jimmy Vallance’s dad, Jim Vallance, was quite a song writer/musician before he retired. He’s credited with writing a bunch of songs. Most notably, he was Bryan Adams writing partner and co-wrote many of the hits including his breakout hit “Cuts Like a Knife” and “Summer of 69.” He also wrote “Rag Doll” (Aerosmith) and “Don’t Forget Me When I’m Gone” (Glass Tiger). It must be in the genes, folks.