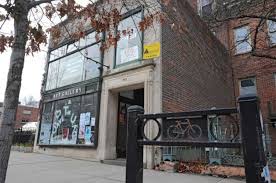 ALBANY—Upstate Artists Guild (UAG) in Albany has just announced that, after 11 years, the gallery will be moving out its location at 247 Lark Street this fall. Long a mainstay of the city’s monthly First Friday community arts nights, UAG first moved into the location on Lark in September of 2005—at Lark Fest of that year.

“It is with a heavy heart,” wrote Rebecca Schoonmaker in an email on Tuesday, Sept. 20, that the move has been announced. Declining membership and donations, as well as a lack of volunteers over the past year, she explained, are forcing the organization to “reorganize.”

“We plan to continue hosting 1st Friday events and have a pop-up show (still themed and accepting submissions) for each 1st Friday starting with November,” she assured, adding that UAG will likely be at the current gallery space for the November 1st Friday. “The shows will only be the one night or possibly the weekend depending on the circumstance. We still plan on hosting our events—just in different spaces until we find a new home. Our goal is to find something more affordable, and perhaps with another organization, by April 2017’s 1st Friday.”

With or without the Lark storefront, UAG is still accepting donations and new members and has a variety of upcoming events planned. This weekend, Sept. 24 and 25, is their annual TAG sale and, on the following weekend, the gallery will welcome back Tommy Watkins, a Lark Street native who began his art career in the region and has been showing his work in London for the past few years. October’s First Friday will also feature the Lost Love Art Show, a series of original art by local tattoo artists that will be on display through most of the month. November’s themed First Friday will be entitled “IN YOUR FACE!: Portraits & Propaganda.” (Submissions due Oct. 24.) In December, a book fair, a gingerbread “FunShop,” and the annual Black & White Gala have all been announced, in addition to an “Artists and their Wares” themed First Friday show at 100 Washington Ave. (Submissions due Nov. 21.)

“Many renovations, gallons of paint, LED lighting, blood, sweat and tears have gone into the structure of the space,” Schoonmaker wrote. “Over 500 artists have exhibited their work on our walls, on our floors and hanging from our ceiling. We have hosted over 1000 events including years of ASAC (Albany Sonic Arts Collective), WORD FEST (Albany Poets), People’s Choice Show (Art on Lark), Gingerbread FunShop (Winter WonderLark), Albany Spiritual Seekers, Comedy, Drag, Burlesque, Music, Improv, Meetings and more.”

Time to ramble on