Party on Pearl Street: A handy “Who’s Who” guide to the acts playing this weekend at Pearl Palooza 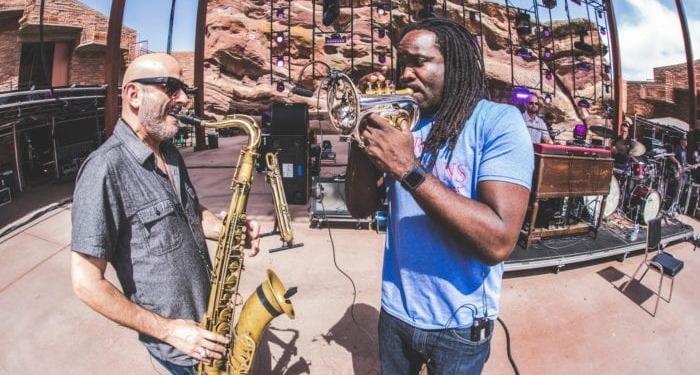 THE GREETING COMMITTEE: We pulled this four-piece jam band out from touring in the Mid-West. It’s currently signed to Harvest Records.
Hit to listen for: “Hands Down.”

BASSH: Jimmy Brown and CJ Hardee each call Nashville home, but this is an alternative duo worth seeing. They don’t have another show planned until November, in Dallas.
Hit to listen for: “Body.”

MAYBIRD: Coming straight out of Brooklyn, this five-piece band has an etherial sound that provides the chill. “Turning Into Water,” the latest from its EP with the same name, has received ample amounts of air time on the radio.
Hit to listen for: “Turning Into Water.”

WARPAINT: Four ladies out of Los Angeles brings a self-proclaimed “smoky” and “smooth” sound to the stage. They hit Albany only to head back to the West Coast to continue on with the band’s tour in support of it’s latest LP “Heads Up.”
Hit to listen for: “New Song.”

GALACTIC: This five-piece funk band out of New Orleans has received generous airtime on EQX, and rightly so. This is a high-energy act that comes at its audiences with percussion and horns. A justifiable headlining act to close out the night.
Hit to listen for: “Right On.”

Restaurant Review: A night of bliss in Galway

Beer, Wine and Spirits now at your local farm cideries