Turn that music up: Book club turns to music at local library 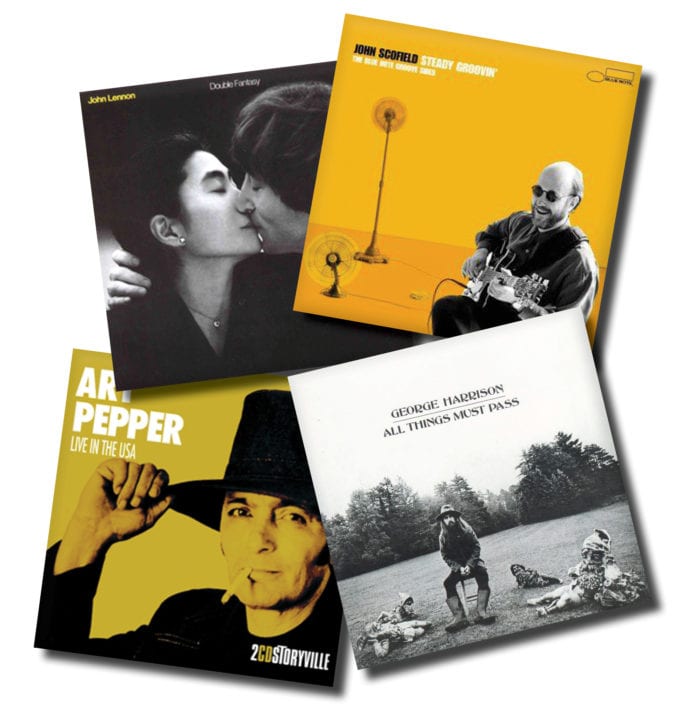 DELMAR — Book groups and libraries go hand-in-hand, like Sonny and Cher, Captain and Tennille or Simon and Garfunkel.

If that sound of silence is due to my evident mix of analogies, don’t divorce yourself from the story just yet. Modern libraries offer more to their patrons than copies of “Moby Dick” and “Catch-22.” Now, it’s not uncommon to gain access to an Amazon Fire tablet or a GoPro camera with your library card. Of course, in the middle of Benjamin Franklin’s vision of an freely educated society, and a world inching ever so closely to the digital world of Max Headroom, is a library’s CD and vinyl collection.

Michael Farley was struck with the idea of placing a unique spin on an old idea while running his morning job six years ago. The librarian had spent over a decade facilitating book discussions at the Bethlehem Public Library. Having been separated from those book circles for years, the details of a forum focused on music came rushing to him.

“It was an idea I had, and it just came out of nowhere,” said Farley. “We could have a discussion about music, like we do with the books. … I thought it was a real good idea, and then I thought it was a real crazy idea that nobody would be interested in.” But, that didn’t stop him from approaching the library’s director, who encouraged him to go forward with it. Afterall, it was a unique way to promote the library’s music collection to patrons.

That was six years ago.

“Book discussions have always been a staple at libraries, and “Listening Parties” are kind of like that – a book discussion but for music,” said Geoffrey Kirkpatrick, the director of Bethlehem Public Library.

Now, visitors meet once a month to listen to selections from classic albums, discussing the lives and works of revered musicians. Unlike a book discussion, where participants put in their homework in order to contribute to the conversation, the music is listened to during the presentation. Personal impressions are shared, along with memories attached to each tune. Farley adds a few wrinkles to the conversation by delving into the history of each piece, talking about the artists’ lives and the events that shaped the times around them.

In addition to his vocation as librarian, Farley studied classical music. He earned his master’s degree in composition and theory at the University of Wisconsin at Madison. Farley said he often takes approaches the discussions as a musician, dissecting pieces into its finer components, “to give them a few things to throw around and talk about.” In the end, you have a dozen strangers sitting around in a circle, surrounded by music. Instead of sitting on beanbags in the basement of mom and dad’s house, it’s at a table in the library’s board room. But, the feeling is still there.

Listening Parties opens this season’s discussions on Thursday, Sept. 15 with a look at Art Pepper, the famed alto sax player who helped define the “cool jazz” of California’s music scene in the 1950s. In October, talk turns to the Fab Four, focusing specifically on each of The Beatles’ solo careers on Thursday, Oct. 20. And, on Thursday, Nov. 17, the party turns to the works of contemporary jazz guitarist John Scofield.

“There’s clearly a demand for this kind of shared listening experience because the program has participants that come from all over the Capital District,” said Kirkpatrick.  “A lot of how we listen to music has changed in recent years. With the ability to create very specific playlists, we sometimes don’t get exposed to it in the way we would if we just concentrated on one artist or album at a time. Listening Parties let people do that and find those musical connections while sharing the experience with others.”