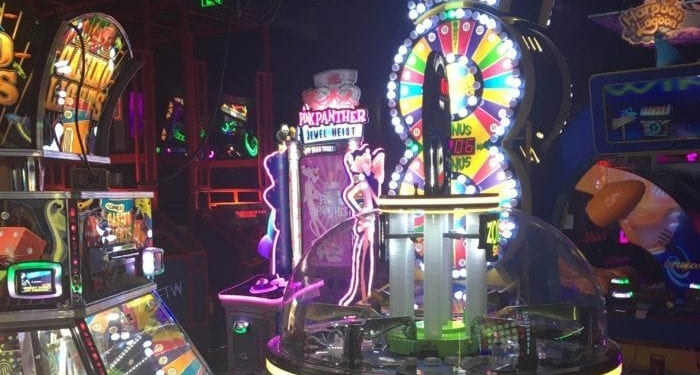 ALBANY — A new face will be greeting fun enthusiasts in Crossgates Mall this week.

At the front of Lucky Strike is a large patio, where patrons will be able to order full service drinks and food. There are multiple other dining options and seating areas as well in the venue, which fits about total 2000 people. Lucky Strike Social features a dining concept called “TBD,” where customers can order tacos, burgers, and hotdogs along with 80 canned craft beers. Another bar will feature local craft beers on tap. Customers may order their food on ipads, and are permitted to bring their drinks with them as they travel throughout the different sections of the venue. Other food offered at Lucky Strike Social includes sushi, pizza and gastro pub fare.

The venue houses a bowling alley, which will be open to leagues and can be used for parties and other meetings. There are two areas that can host concerts. One of those areas, a three level room called Jupiter Hall, is soundproof, has about 10 televisions and can fit 900 people standing, and 500 with seating. Though Lucky Strike Social is placing emphasis on local love with their beer offerings and musical guests, the venue also features a greenroom in which higher profile acts will be able to prepare for shows.

A large arcade offers popular games such as Angry Birds and Zombies versus Plants, along with old favorites such as Pac Man. Lucky Strike Social will be able to accommodate both children’s parties and business meetings, along with other events such as weddings.

There will be wifi throughout the entire venue, which was built up entirely from scratch. Lucky Strike Social representatives pointed out that they went for an edgier, vintage steam punk look while designing the area.

Right now, patrons will only be able to access Lucky Strike Social via the entrance in the mall. Lucky Strike Social plans to target a slight older demographic than the Dave and Busters down the hall, about 25 to 55. After 9 p.m., the destination will be open only to those 21 and up. There will also be security on staff.

“We’re trying to be that adult’s playground,” Rogan said.

This will be the 16th Lucky Strike location, which originated in California. More information can be found on Lucky Strike Social’s Facebook page.

The elixir for Lark? Savoy Taproom slips on the shoes of an iconic Lark Street venue with revitalization in mind