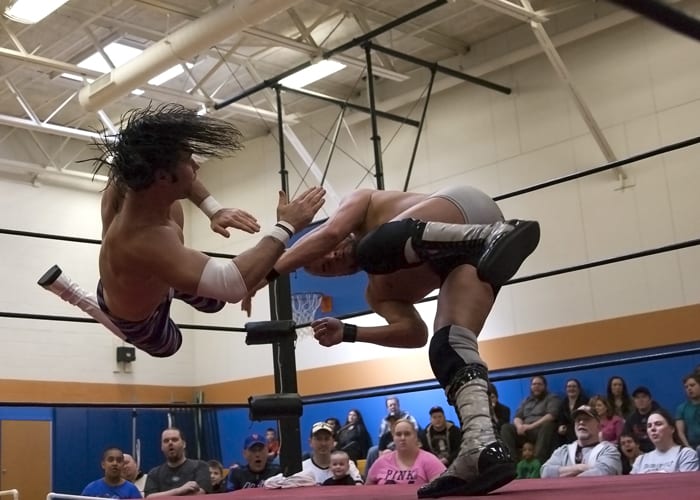 Rumor has it that there’s going to be a few fights at the Boys and Girls Club of Troy on Saturday, Oct. 25, and no one will be there to stop them.

“It benefits the club and gives something for the kids to enjoy,” said Patrick Doyle, chief professional officer of The Boys and Girls Club of Troy. “It’s a fun atmosphere. It gives wrestling fans a place to sit up close and personal.”

It’s not the first time wrestling has been hosted at the club. Doyle said they first hosted an event a few years ago, when one of their own basketball coaches, who also moonlighted as a wrestler, presented the idea.

He said he was impressed with the family-friendly atmosphere.

“The Dynasty is bringing high-quality, low-cost professional wrestling back to the Capital Region for the first time in nearly two years,” said Dynasty founder Chris Envy.

“We want families to have a reason to get away from their televisions, to come out and see some real, live entertainment,” said Envy. “When was the last time you encouraged your child to scream and yell at the top of their lungs? Whether you’re cheering or booing, it’s all about having a good time — a time that’s fun, entertaining, safe and family oriented.”

Vinyer has played a significant role in bringing pro wrestling back to the area, said Envy, including involvement with the now defunct 787 Wrestling.

“Redemption is not only about wrestling,” said Envy. “It’s about kids, about families, about nostalgia. It’s about charity and helping others. A portion of proceeds from Redemption will be donated to the YMCA’s Circle of Champions foundation, which is a charity for helping terminally ill children and their families. Proceeds from the next event in December will be donated to Toys for Tots and Coats for Kids.”

The opening bell is at 7 p.m., preceded by a Meet and Greet at 5 p.m. Advanced tickets are on sale for $8, and can be purchased on the day of the event for $10. Tickets and information are available at www.brownpapertickets.com/event/836226.