May the best mac win

by Dania Bianchi
in The Spot
Reading Time: 3 mins read 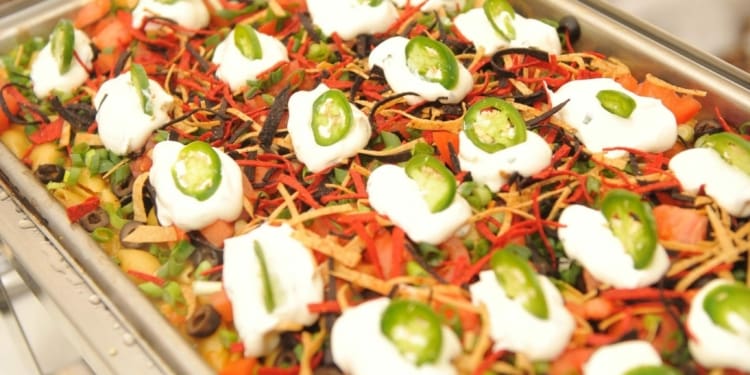 Those who can’t get enough of the creamy, cheesy, bubbling hot goodness of macaroni-and-cheese are in luck. One of America’s favorite comfort foods will take over the Albany Marriott ballroom on Saturday for the fourth annual Mac-n-Cheese Bowl.

A staple of American cuisine, the creamy creation made its way to the United States by way of Thomas Jefferson, who while visiting France fell in love with the dish. Since then, chefs have put inventive twists on the classic, making it a staple on menus of many fine dining establishments.

Each year, area restaurants compete for the best mac-and-cheese creation and give guests the opportunity to sample the dishes and vote for their favorite. In addition to appetites, the event benefits the Regional Food Bank of Northeastern New York. Last year’s event raised $35,000 and organizers hope to collect more than $40,000 this year.

Albany resident Sarah Gold attends the event every year with her husband and mother.

“We go mostly because it’s for a good cause, but the food is always excellent and it’s a nice break in the middle of winter — although you end up kind of in a cheese coma,” she said. “There are 30 restaurants — so the secret is to make sure you don’t overextend yourself too early.”

Gold said their plan of attack is to go in groups.

“People tend to dive right in because you are usually hungry when you get there. At about 15 minutes in, you are like, ‘What was I thinking?’” Gold said. “We actually share each other’s samples and then if you really like it, you can go back for your own.”

One of Gold’s favorites from past events is a cheddar-apple “Kugel” mac-and-cheese from Chez Mike in East Greenbush.

Restaurants from all over the Capital District will participate at the bowl, but because the ballroom at the Albany Marriott has a limited capacity, a number of restaurants are put on a waiting list for next year’s event.

“We have been so surprised by the popularity and love for mac-and-cheese,” said Jessica Tanner, special events coordinator at the Regional Food Bank of Northeastern New York.

Some restaurants such as Valente’s in Watervliet will add their dish to the regular menu after the contest.

“People come to the restaurant just for that. It’s actually our number one appetizer right now,” said Jack Valente, owner and chef at Valente’s.

Valente’s has won six awards for their past creations. Made up of three different types of pork, prosciutto, pancetta and sopressata, their “3 Little Pigs” dish was a hit at the first event and went on to be stocked in area Price Chopper stores.

This year, the restaurant will make a buffalo chicken dish with an Italian twist and call it “Buffalo Blues.” Valente said just like their previous dishes, buffalo chicken is not unique, but it’s the accents they put on it that make it theirs.

“Instead of putting traditional blue cheese, we decided to go with the Italian version called gorgonzola, which is a much richer, full-bodied cheese and gives it a lot more depth,” he said.

Discover your favorite mac-and-cheese at the fourth annual Mac-n-Cheese Bowl on Saturday, Feb. 16, from 11 a.m. to 2:30 p.m. at the Albany Marriott in Colonie. Tickets are $15 for adults, $5 for kids 5 to 12 and free for kids under 5. They are on sale at area Price Chopper stores.

For a list of participating restaurants and more information, visit regionalfoodbank.net/annual-mac-cheese-bowl.