by Alyssa Jung
in The Spot
Reading Time: 5 mins read 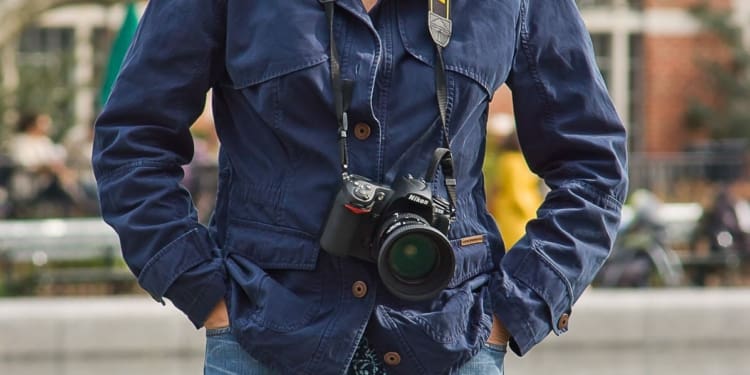 Marie Triller remembers the very first photograph she shot when she got to Ground Zero two weeks after Sept. 11, 2001.

“I remember just walking and I looked down and someone had stenciled on the sidewalk ‘WTC RIP’ and I stopped and took a photo of that,” said Triller, of Albany. “Once I saw that and we kept walking, I knew what we were going to come upon was going to be far more intense and more emotional than that, but that set the stage.”

That first photo isn’t in her new book, “10 Years: Remembering 9/11,” nor are any of the others she shot that day.

“There was so much of that imagery out there already and I just concentrated for the book, on the day itself; how America responds to 9/11 on each anniversary,” said Triller, a photographer and art teacher at Clayton A. Bouton High School in Voorheesville.

Instead, Triller’s book, published Aug. 1, offers non-chronological images of 9/11 memorials from the past 10 years. The photos are grouped by the themes “memory,” “security,” “expression,” “reflection,” “community,” “courage,” “place,” “justice” and “spirit” and they capture the raw emotions of those affected most by that tragic fall day.

“It’s more about the motions of the day and the different ways people expressed themselves,” said Triller.

The first chapter, “memory,” shows family members mourning those lost, the victims distinguishable by badges or portraits. “Expression” is a chapter of 9/11 tributes, whether it’s a makeshift memorial, a huge floral display sent to New York City as a gift or a mural painted by a California man. To depict “courage” there are photos of firefighters and emergency responders. One image shows the firefighters of Ladder 10 facing Ground Zero in salute.

“There are no images of the aftermath of the buildings and the wreckage,” said Triller.

The annual memorial at Ground Zero was a large source of material for Triller, who traveled to the city each year to attend. Talking about that first memorial in 2002 still brings tears, and Triller said she doesn’t think she’ll ever forget its intensity.

“The first memorial was really overwhelming for everyone; without a doubt the most emotional one. As a photographer I was emotional … I remember people crying and hugging …I remember hugging total strangers,” said Triller.

That first year, Triller snapped a photo of a woman crying. When the woman spotted her and her camera, Triller said she felt bad for infringing on her privacy and walked over to apologize. The woman didn’t want an apology, though.

“I thought she might be angry with me but instead she just threw her arms around me and hugged me and we stood there crying,” said Triller.

Over the years, the level of emotion has eased, for Triller at least.

“I hate to even say that because I doubt it [eases] for the families, it still has to be so difficult,” said Triller. “If I feel this much pain and this much heartache over 9/11, I can’t imagine what they feel like and the depth of their suffering. I always try to keep that in mind.”

Triller said she struggles to explain why 9/11 had such an enormous affect on her or why she felt such a need to photograph its aftermath for a decade. The best reason she can come up with is the same one Bruce Springsteen offered in 2001.

“I was a reading an article about Bruce Springsteen and in the article he said after 9/11 he reached for his guitar, it was his life preserver, and I had this instant response to his quote,” said Triller. “On one hand, for a split second, I thought it sounded corny and at the same time this other thought was, ‘I can relate to that’ because it was like my camera was my life preserver … I didn’t know what else to do but this was something I could do. I could make photographs.”

Though her immediate documentation of 9/11’s devastation won’t show up in the book, she hasn’t kept those images hidden away. Right after the attacks, impromptu art exhibits popped up on the streets of New York City and Triller’s photos made the cut.

“They took some storefronts in SoHo and let anybody and everybody submit their photographs; some from professional photographers who were on the scene to amateurs,” said Triller. “They just hung them there, no frames like a gallery, just on a string from ceiling to ceiling and down the walls. They filled the rooms with images.”

When she visited the exhibits, Triller said the public response was inexplicable and she knew that’s where those particular photos belonged.

“People lined up for blocks outside waiting for a turn to go in and I was so moved by that and the fact that seeing these images meant so much to people; that the photos were so powerful,” said Triller.

So many questions, trying to provide answers

Those spontaneous art shows are what inspired Triller to share her photos and she started sending them across the country to satisfy the curiosity of people in California, Wyoming and Colorado, who were physically far removed from the tragedy.

“When I did send the work out I didn’t frame it or matte it or anything. It’s just about getting the images out and letting people see them and respond to them as they will,” said Triller. “[It’s] people all over the country just being hungry for discussion about 9/11.”

The questions and curiosity also encouraged Triller to get behind the lens, year after year, no matter how difficult the process.

“9/11 itself was history and it was over yet at the same time when I’d go to an anniversary each year, it wasn’t over, it was there,” said Triller. “There’s this living memorial that goes on every year and it was important to me and historic and I wanted to capture it and continue to capture it.”

She knew when it was time to preserve history, said Triller, and she also knows when it’s time to stop.

“I think this year when I shoot the 10th anniversary, I think I’ll stop,” said Triller. “I think this is the end of photographing at Ground Zero … things have changed and maybe it’s the time to end the project.”

Even if she stops creating fresh photographs, her existing ones will still remain at the very site that she captured them at. “10 Years: Remembering 9/11” will be available to purchase at the National 9/11 memorial at Ground Zero.

“That’s where I feel the book belongs. I created it there and now it’s available there,” said Triller.

She hopes each person who picks up her book will find a personal connection (and comfort) in its content.

“I hope it’s meaningful to people and they see it as a way to remember always those who died; it’s all about the people that were lost on 9/11,” said Triller. “Not just the people in the photos, I think they represent America. They represent everyone.”

On Sunday, Sept. 25, Triller will be holding an artist talk and book signing at the Albany Institute of History and Art in Albany from 2 to 4 p.m. A collection of her work will also be on display in the Massry Center for the Arts at the College of St. Rose from mid-October to December.

“10 Years: Remembering 9/11” is available locally at The Book House in Stuyvesant Plaza, Albany Institute of History and Art, The New York State Museum, The College of St. Rose Campus Store, Market Block Books in Troy and Martinez Gallery in Troy.

For a closer look at Triller’s work and story, visit www.marietriller.com.

A noisy situation in Malta