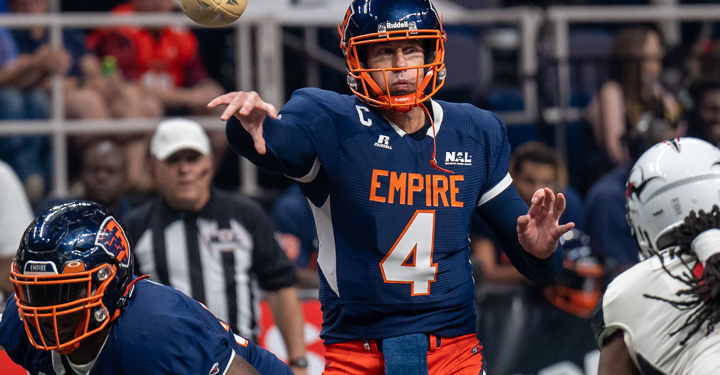 ALBANY — The Empire finished the season with a 7-1 record and will play the Carolina Cobras in the first round of the National Arena League playoffs at the Times Union Center on Saturday, Aug. 7.

The Empire ended the regular season on July 31 with a 58-56 win over the Jacksonville Sharks. The game was essentially meaningless because the Empire already had secured the No. 1 seed and home field advantage. If Albany beats Carolina it will host the winner of the other playoff game between the Columbus Lions and the Orlando Predators on Aug. 14.

During the Jacksonville game, Tommy Grady threw for two touchdowns in three quarters of play. He sat the fourth to avoid any chance of an injury prior to the playoffs and backup David Prindell had a touchdown throw and scored a rushing TD.