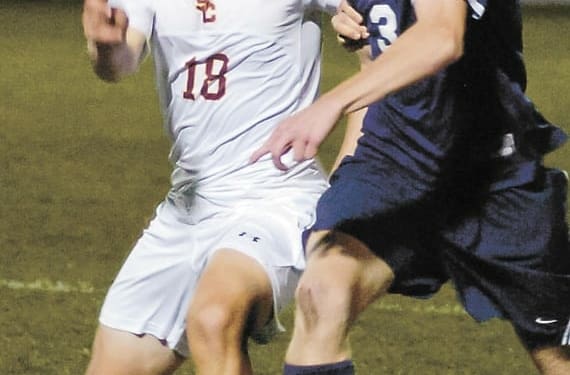 Not with Bethlehem and Guilderland more than five points ahead of the rest of the pack.

Colonie (3-9-0, 4 points) is hoping for a late-season surge after a recent three-game losing streak dropped it out of striking distance of the top two teams in the division.

“Our goal is to get better every day,” said Trimarchi.

The Garnet Raiders took a step in the right direction by beating Columbia 4-1 last Thursday. After allowing the Blue Devils (1-8-3, 3 points) an early tally, Colonie reeled off four goals in a row to pull away.

Still, Trimarchi saw areas his team could improve on, especially on offense.

“The big deal with today is we had 16 corner kicks, and we scored on only one of them,” said Trimarchi. “You have to be more efficient on those kinds of plays against the elite teams of the Suburban Council.”

Austin Fuller’s goal in the first half gave Columbia the lead before Shaw tied the score and Fowler put home the go-ahead goal.