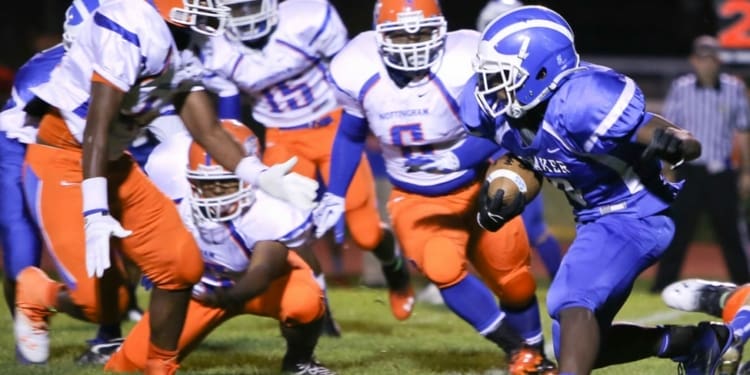 One of the best offenses in Section II Class AA football meets one of the toughest defenses when Guilderland and Shaker collide Friday in a cross-divisional game at Guilderland.

Both teams posted impressive victories last Friday to improve their records to 3-0. Guilderland knocked off Empire Division rival Bethlehem 36-16, while Shaker posted its second consecutive shutout with a 27-0 win against Section III’s Nottingham.

Meanwhile, it took Guilderland until the early stages of the second quarter to score its first points against Bethlehem (0-3). But once tailback Micaiah Henningham punctuated a long series with a 4-yard touchdown run, the Dutchmen never looked back.

Henningham had his biggest game of the season. The senior rushed for 108 yards and four touchdowns, and he caught three passes for 64 yards.

Quarterback Frank Gallo had a solid performance for Guilderland. Gallo completed 12 out of 21 passes for 227 yards and a touchdown.

Sports poll: Which boys soccer player is the best playmaker in Albany County?