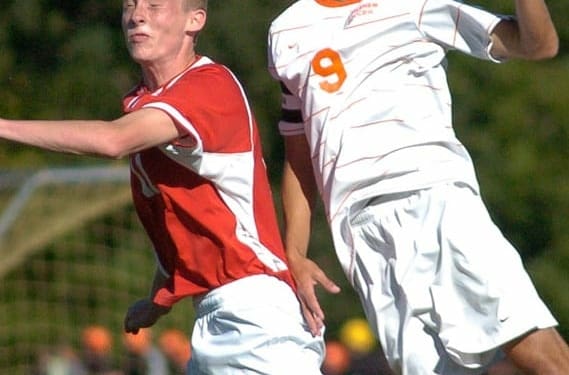 After suffering a 1-0 setback against Ballston Spa last Tuesday, the Eagles (5-1-0) responded with a 2-0 victory over previously-unbeaten Niskayuna last Thursday in Delmar and a 3-2 win at Saratoga Springs Saturday.

The loss to Ballston Spa (1-5-1) was Bethlehem’s first in three Suburban Council seasons.

“It was so strange,” said Bethlehem coach Phil Ridgway. “We had about 10 chances in front of goal, and we didn’t put it in. And then in overtime, we took down a Ballston Spa player in the (penalty) box, and they converted the penalty kick. That’s the way soccer works sometimes.”

Rather than dwell on the end of a long league winning streak, Bethlehem went back to work last Thursday against Niskayuna (5-1-0). Matt Henning gave the Eagles a 1-0 lead midway through the first half when he re-directed Ethan Strauss’ crossing pass into the Niskayuna goal. Strauss tallied Bethlehem’s other goal with eight minutes left in the second half, and goaltender Liam Dole made three saves to preserve the shutout.

“We responded nicely,” said Ridgway. “We had a nice, long talk at practice (last Wednesday), and we changed a few things around.”

The Eagles ran into more road trouble Saturday at Saratoga Springs (1-5-0). The Blue Streaks led 2-1 in the first half before Henning and Nick Redmond scored to put Bethlehem in front.

Ridgway said Bethle-hem’s problems Saturday stemmed from a rash of injuries to its defense that left the Eagles with one healthy starter from the beginning of the season.

Henning tallied twice in the first half, and Redmond scored the game winner nine minutes into the second half for Bethlehem. Avi Durling and Ethan Daly had Saratoga’s goals.

Golf: The Earl of Normanside

Sports poll: Which boys soccer player is the best playmaker in Albany County?