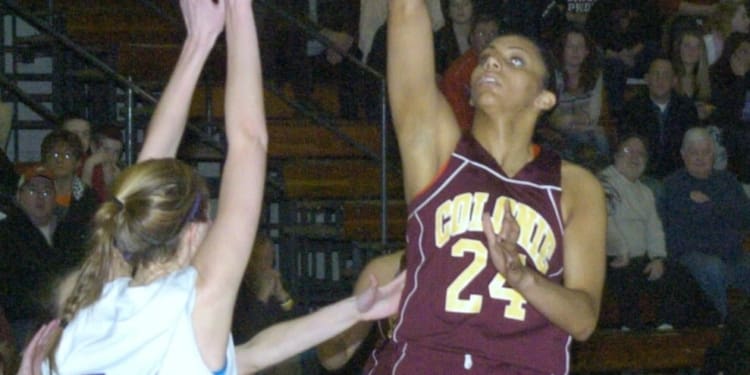 Colonie (15-4) made several three-pointers in the second half to pull away from Catholic Central and earn a spot in Wednesday’s Sectional semifinal against Bethlehem (19-0), which defeated Columbia 74-25 in another quarterfinal game Friday.

The Lady Raiders used an aggressive defense and good passing to build a 12-6 lead in the first quarter. The Crusaders made several runs at Colonie in the second quarter, but the Lady Raiders held on to enter halftime ahead 21-16.

`We try to focus on defense all the time,` said Colonie coach Heather Fiore. `I think we can still play better, but it gives us opportunities.`

Catholic Central hung tough in the second half, but Sydnie Rosales’ crucial three-pointer with 4:10 left in the fourth quarter gave Colonie a 49-37 lead. The Crusaders were unable to get closer than 10 points the rest of the way.

`Our defense won this game for us,` said Riddick. `We didn’t play our best on offense and we missed a lot of shots we normally make, but it just shows you that you can always in if your defense is doing its job. We did a good job of rebounding the ball, and we played physical and with a lot of intensity all night.`

`Nicole (Riddick) did a phenomenal job tonight,` said Fiore. `She helped energize us and give the team many chances (to score).`