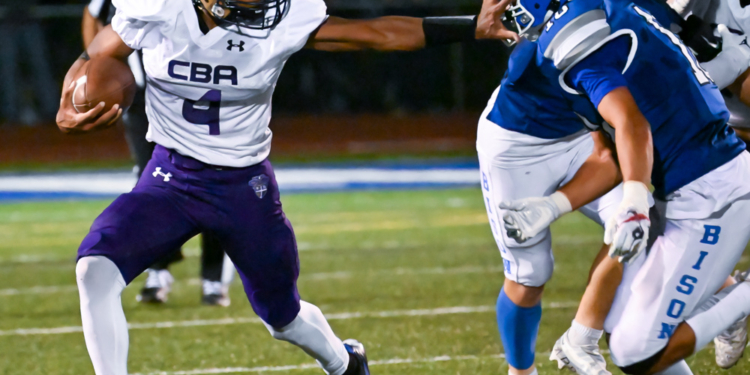 In overtime, high school teams alternately play from the 20.

On the first possession, CBA quarterback Donald Jones hit tight end Chuck Volans for a score and the extra point was good. Shaker answered with a 1-yard run by quarterback Jake Iacobaccio. The Bison opted to go for two and the win but Iacobaccio was hit as he attempted a pass and it fell short for a CBA win.

CBA dominated the first half, allowing The Bison just a handful of largely ineffective offensive plays and took a 21-7 lead into the half. Quarterback Donald Jones scored two touchdowns and threw for a third. Shaker’s only score came on a 94-yard kickoff return by Nick Cerrone.

By the end of the third quarter, though, the score was knotted at 21 after a 3-yard run by Malachi Moore and a touchdown pass from Iacobaccio to Kyle Yusef.

Jones hit a wide open Jahmir Pitcher for a touchdown and a 28-21 lead. Shaker tied it up on the last play of regulation on a touchdown pass from Iacobaccio to Anthony Luciano.

After the game, one observer said “This is a nice preview of the Class AA Super Bowl.”

Shaker will square off against cross town rival Colonie on Sept. 23 and CBA will host Schenectady.