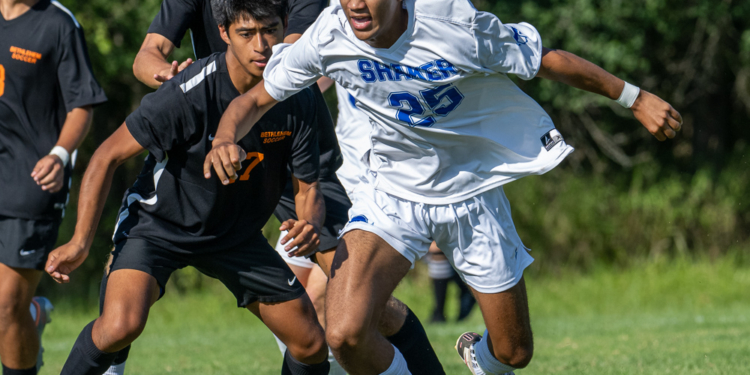 BETHLEHEM — The Shaker boys travelled to Delmar and shut out the Eagles 2-0 on Thursday, Sept. 8.

The Bison jumped out to an early lead with Nick Pepe won the ball in the box and scored three minutes into the game.

Shaker keeper Kyle Harriman got the shutout with three saves. Fernando Febus had five saves for the Eagles.

Bethlehem had a surprise starter against Shaker — Claire Hutton, a member of the U-17 U.S. Women’s National Team, an Olympic development program. In the championships, she scored six goals in seven games.

The junior began playing for the Bethlehem girls varsity team when she was in the seventh grade. She broke a school record with 37 goals as an eighth grader in 2019 and is now hoping to travel to India to compete in the FIFA World Cup in October.

The Eagles dropped its Suburban Council opener to Guilderland 3-0 and won a non-league game to Averill Park. They next play on Tuesday, Sept. 13 at Saratoga and host Schenectady on Thursday, Sept. 15.

Shaker beat two teams from outside Section II to start the season before winning its season opener in Bethlehem. The Bison will play at Ballston Spa on Thursday, Sept. 15, and host Niskayuna on Saturday, Sept. 17.

Tech can give seniors’ voices back