SPOTTED: Shaker bests CBA in first round of Class A boys lacrosse playoffs 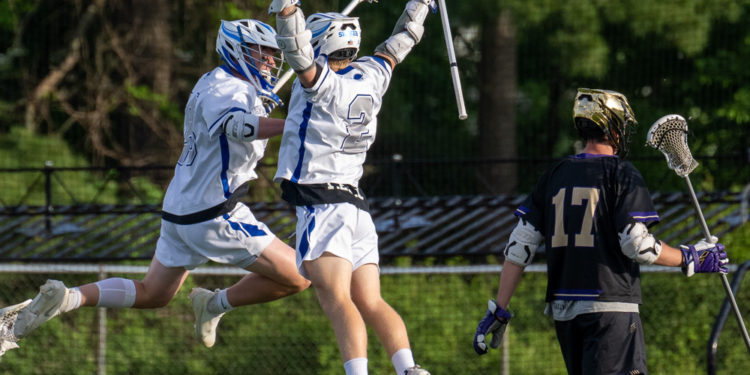 LATHAM — The Bison beat crosstown lacrosse rival CBA in the first round of the Class A playoffs by a final of 16-8 on Tuesday, May 24.

Shaker, the No. 3 seed, will now play at the home of the No. 2 seed from Guilderland on Friday in the semis. Top seeded Shenendehowa will host the No. 4 seed from Bethlehem in the other semifinal game. To get to the semis, Shen got a bye, Bethlehem beat Saratoga and Guilderland beat Colonie.

CBA, the No. 6 seed, jumped out to a 3-0 lead against Shaker but the Bison settled in and took a 5-4 lead after the first quarter and then scored four unanswered in the second to take a 9-4 lead into the half.

In goal, Ben Keens had eight saves for CBA and Ryan Mazzariello had 11 for the Shaker.

The Shaker at Guilderland game is slated for 5 p.m. The finals are slated for Wednesday, June 1, at Shaker.

SPOTTED: Guilderland starts out Class A playoffs with a 20-2 win over Colonie