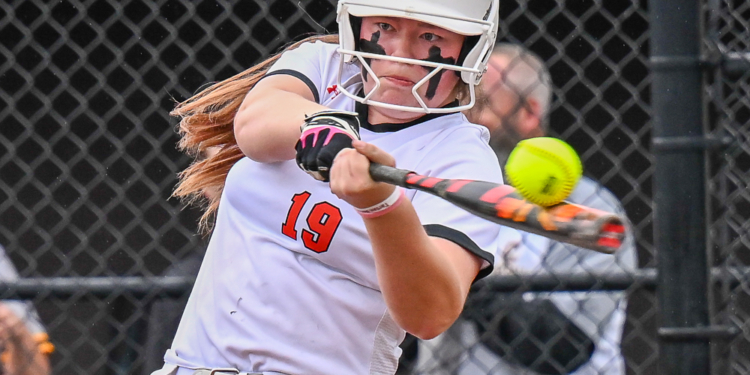 DELMAR — Bethlehem bested Colonie in a late-season battle of two top teams in the Suburban Council on Monday, May 2.

Standout pitcher Anna Cleary went the distance for Bethlehem and went 2 for 2 at the plate with 2 RBIs. Charlotte Higgs went 4 for 4 with a double and a run scored while Abigail Proper went 2 for 2 with an RBI and Ella Traynor went 1 for 3 with an RBI.

Alexcia Koonz went 3 for 3 with an RBI to lead the Colonie offense and Adrianna Laraway went 2 for 3 while Taylor Quinn, Gabrielle Baumann and Ashley Hacker each added hits.

Cleary gave up the two runs on eight hits while striking out six and walking one.

The win gives Bethlehem a 10-1 overall and 9-1 league record heading into the final two weeks of the season. The Eagles will play at Averill Park on Wednesday, May 4, and at Shen on Monday, May 9.

Colonie, which only has three seniors on its roster, stands at 5-7 overall and 4-5 league. The Garnet Raiders will host Saratoga on Wednesday, May 4 and host Averill Park on Monday, May 9.

Glenmont Centre Plaza renovates the outside to match the new roundabout