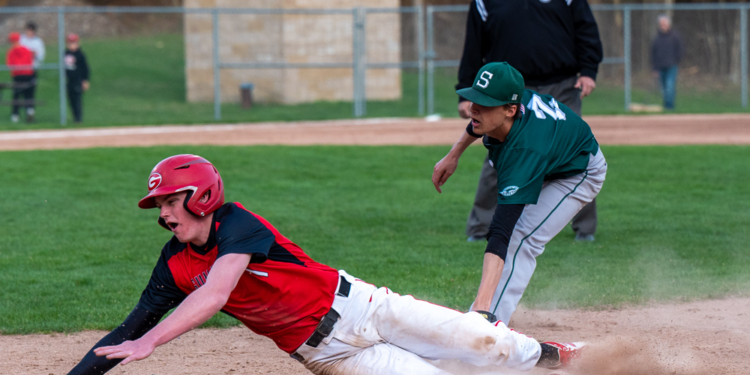 GUILDERLAND — A walk-off, two-run single in the bottom of the seventh by Evan Schreivogl gave the Dutchmen an 11-10 victory over Shenendehowa on Monday, April 25.

Jack Griffin led the Shen offense with a 3 for 4 and four RBI performance.

Santabarbara, Owen Simonsen, Nick Mahar and Cole Miller were on the mound for Guilderland and combined gave up 10 runs on 11 hits while striking out 10 and walking eight.

Guilderland is now 8-1 in the competitive Suburban Council and played at Averill Park on Monday, May 2, after this paper went to print and will host Shaker on today, Wednesday, May 4.