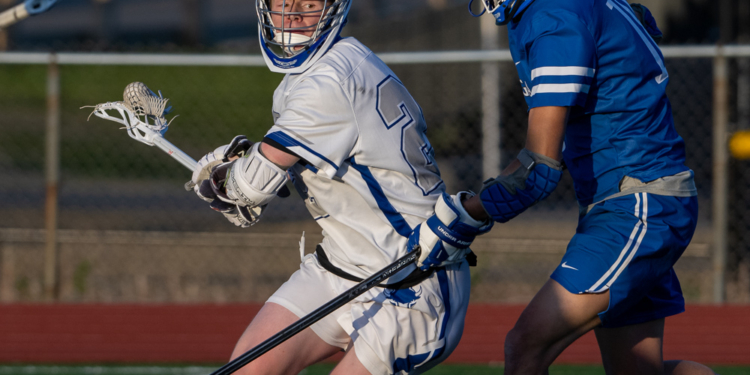 LATHAM — Shaker got by Saratoga 11-4 on Friday, April 29, during a Suburban Council matchup that honored the 1982 Bison lax team.

Owen Wilson had five goals and an assist to lead the Shaker offense while James Easton had two goals and two assists and Michael Lacouture had three goals. Colin Bryant had a goal and Eric Hennessey, Brody Williams and Jack Burns had an assist each.

In goal Ryan Mazzariello had 12 saves for Shaker and Owen Leary had eight for Saratoga.

At half time, the team and the school honored the 1982 team and the coach who started the lacrosse program at Shaker, Mike Ryan.

The team attempted to duplicate the team photo from 40 years ago.

Shaker will play at Guilderland on Monday, May 3 and host Colonie on Thursday, May 5.

SPOTTED: After heartbreaker, Colonie bounces back