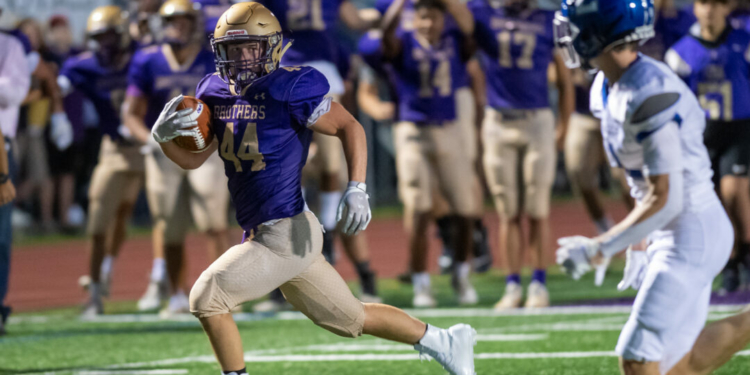 COLONIE — CBA opened the season with a new coach and a resounding 20-0 win against rival LaSalle Institute in the Battle of the Sabre.

While some Section II football teams opted for a scrimmage in what was called “week 0” the Brothers and Cadets played an official game in front of a solid crowd at CBA.

The two teams were scoreless after the first until Brenden Simek broke a 28-yard run to give the Brothers a 7-0 lead heading into the half.

Donald Jones scored from one-yard out to give CBA a 13-0 lead after three and then on a 13-yard scamper to round out the scoring.

CBA won the inaugural game of Bobby Burns, the former Troy High School football coach who came to CBA in the off season.

The Fall II season was played in the spring after football and other sports were cancelled in the fall of 2020 because of COVID-19.