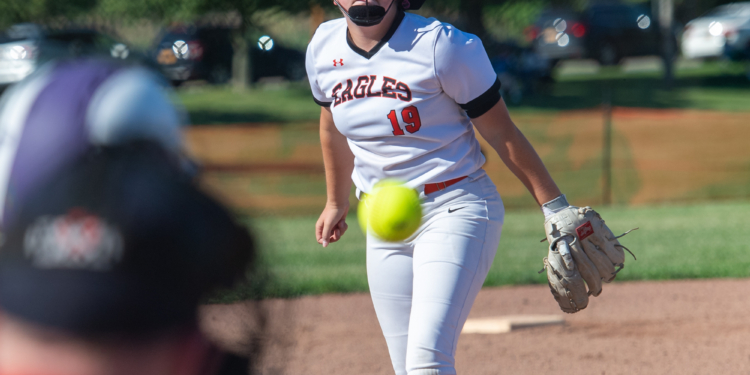 DELMAR — The Bethlehem softball team got some revenge against Colonie in the quarterfinals and two days later beat a tough squad from Ballston Spa to make it to the Section II Class AA finals.

Bethlehem will take on Shen at Shen on Saturday at 4 p.m. The two teams met once during the regular season with The Eagles coming out on top 3-0.

The Eagles traveled to Colonie for the last game of the regular season and The Raiders, behind a gem of a game by standout Carly Gemmett, won 7-0.

In the quarterfinals on Thursday, June 8, Bethlehem standout Anna Cleary and Gemmett went head to head, mowing down the opposing batters and each pitching a shutout through five and a half innings in a game that was delayed two hours by rain.

In the bottom of the sixth, Sohalia Tiu got on base with a hit, followed by walk to Mackenzie Kawczak. Cleary is outstanding on the mound or in the batter’s box, ripped a base-clearing double to give her team a 2-0 lead which was good enough for the win.

Gemmett finished the game giving up the two runs on four hits while walking two and striking out 11. Cleary gave up just one hit to Jenny Shafer while not walking any batters and striking out seven.

Two days later, on Thursday, June 10, the Eagles hosted a tough Ballston Spa squad and scored two in the bottom of the fifth to win 3-2.

Cleary was again stellar on the mound, giving up two runs on six hits while walking three and striking out 10. Tiu and Ella Traynor went 2 for 3 with an RBI each to lead the offense for Bethlehem. Jane Reagan hit what ended up being the game winning RBI sacrifice fly.

Click on a photo below to view a slideshow of the Colonie and Ballston Spa games.