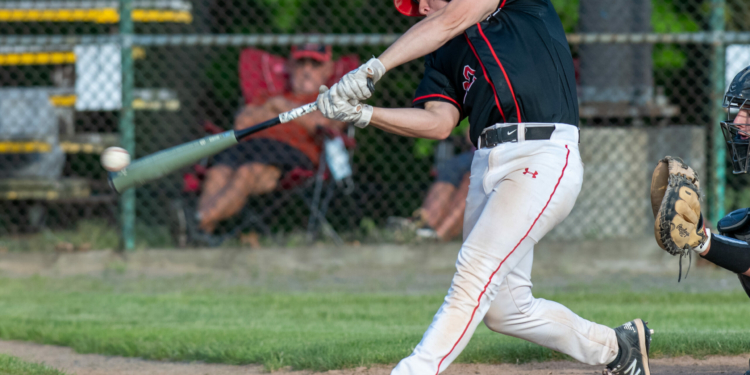 COLONIE — Guilderland scored four runs in the top of the third to build a six-run lead over the Garnet Raiders and held on to win the game 6-5.

The Dutchmen scored two in the top of the second on an RBI single by Aidan Chrysler and then Nick Plue, Colin Lynch and Brendan Curry all had RBIs in the four-run third inning.

Colonie came back with five runs of its own in the fourth inning including a grand slam by Danny Barbero.

Plue led the offense for Guilderland with a 2 for 2 with two RBIs and two walks. Gilbert went 2 for 4 with two doubles while Ty Santabarbara, Donald Nemeth, Colin Lynch, Chrysler and Curry all had a hit.

Barbero went 2 for 4 with four RBIs for Colonie while Tyler Sausville, Cameron Aery, Zach Ashline and Frank Prevratil each had a hit.

Dan Kearney got the win for Guilderland, going three and two thirds, and giving up all five runs. He and reliever Sam Shah gave up a combined six hits while striking out 11 and walking eight.

Gio Conte took the loss for Colonie, going a three and two thirds and giving up six runs on eight hits while walking two and striking out five. Vinny Mogavero and Sausville pitched in relief.

Colonie will play a double header at Burnt Hills today and at Averill Park on Friday. The Colonie Cup with a round robin against CBA and Shaker is Sunday.

Guilderland will host Burnt Hills on Friday, May 21, and host Shaker on Saturday.

GUILDERLAND LIBRARY: Tune in to “How Did You Find It?”

BETHLEHEM LIBRARY: Don’t get caught with those overdue fees