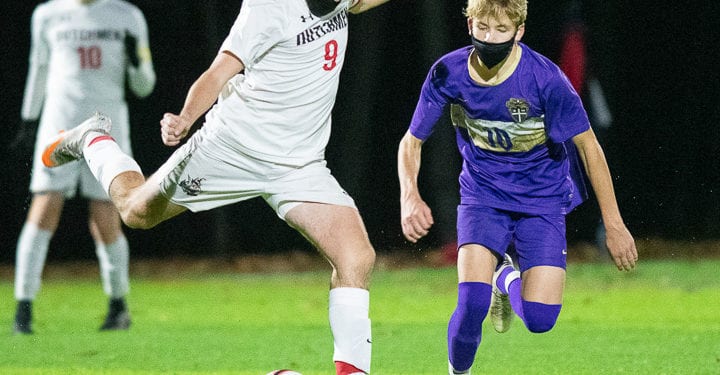 COLONIE — Guilderland stunned CBA in the final regular season game of the  Suburban Council season on Friday, Nov. 13, by coming back from a 2-0 deficit to win the game 3-2 on a Bugra Karaca goal in the 78th minute.

CBA was 8-1 heading into the game and took a 2-0 lead into the half under the lights at Afrim’s Sports Park on two goals by standout Jordan Proulx.

Guilderland got on the board in the 61st minute on a goal by Illia Tyrkus and tied it up five minutes later on a goal by Shaun Francis.

With two minutes left in the game, Karaca found himself one-on-one with CBA goalie John Putnam. He chipped the ball over Putnam’s head for the game winner.

The Suburban Council tournament will kick off on Tuesday with CBA hosting Albany and Guilderland playing at Saratoga.

In other boys games, Shen will host Colonie and Niskayuna will host Shaker. Semifinals will take place on Thursday with the championship set for Saturday.

FAMILY NOW: Discover the Night with the Albany Pine Bush