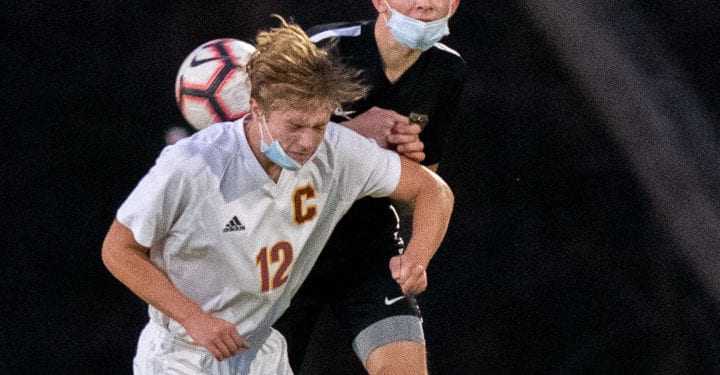 COLONIE — CBA moved to 8-1 with a 3-0 win over Colonie High under the lights at Afrims Sports Park on Friday, Nov. Nov. 6.

The Brothers have three games left in the regular season that will feature a Suburban Council tournament but no sectionals or state play due to the pandemic. On Tuesday, the Brothers played Troy after this paper went to print, on Thursday it will play at Averill Park and on Saturday, Nov. 14, it will host Guilderland.

The Brother’s only loss came at the feet of undefeated Shenendehowa on Oct. 10

Colonie is the team nobody wants to play, and it’s record of one win, two ties and four losses does not reflect how strong a team it can be. Outside of a 5-0 blowout by Niskayuna, the Garnet Raiders have been in every contest.

Colonie has two games left. On Tuesday it hosted Saratoga and on Saturday, Nov. 11, it will host Troy.

Jack Putnam had two saves for CBA and Tyler Schwank had four for Colonie.