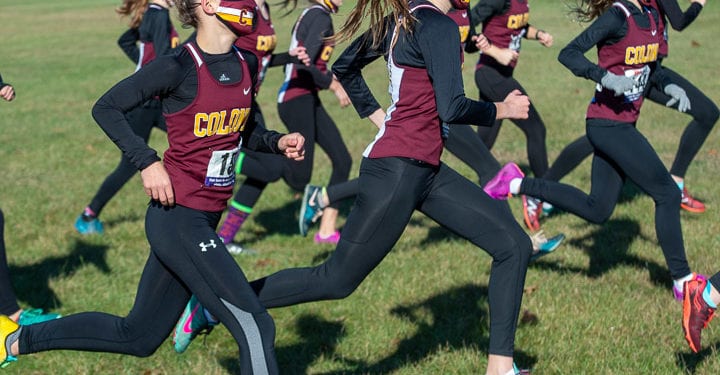 COLONIE — On Senior Day, the Garnet Raiders boys and girls cross country teams ran away from the teams from Troy.

Team results for the boys were incomplete but Colonie boys took six of the top spots with Frank Prevratil taking first place with a time of 8:44 across the 1.57 mile track at The Crossings. Eduard Horanlli took second with a time of 9:25 and Ryan Dunn placed third with a time of 9:40. Justice Winslow came in fourth with a time of 9:58, Chris Pellegrini placed fifth at 10:02 and in sixth place was Christian Uzzo with a time of 10:03, according to the Section 2 Harrier website.

The cross country teams will next host Columbia at The Crossings on Saturday, Nov. 7.

SPOTTED: Colonie boys and Albany High play to a tie