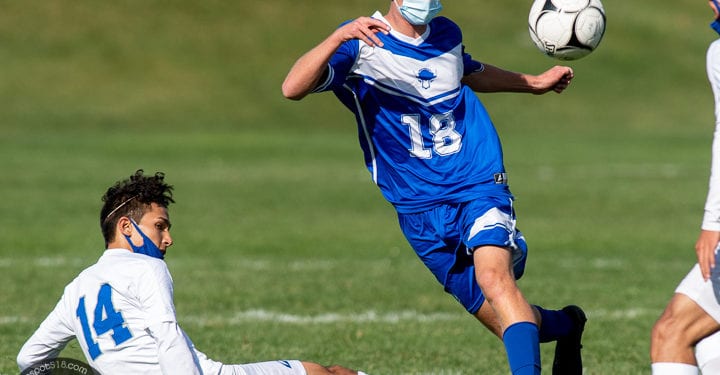 COLONIE — The Shaker boys soccer squad rolled over Albany in its season opener on Saturday, Oct. 3, by a score of 5-1.

Saturday was the season opener for Suburban Council soccer, without Bethlehem and Ballston Spa who opted to wait until next spring to play in what has been dubbed Fall Season II. The Shenendehowa boys team also sat out on Saturday because a member of the team was quarantined.

Other leagues in Section II also opened Saturday, with some entire leagues and some teams opting to sit out the fall season until March.

Across Section II, only two spectators were allowed in the game per player and all fans and players were required to wear masks at all times.

Shaker was slated to host Shen on Tuesday, Oct. 6 and then Schenectady on Saturday, Oct. 10 in the abbreviated fall athletic season.

LET’S COOK: All treat and no trick

SPOTTED: Colonie boys get by Averill Park in opener, 1-0