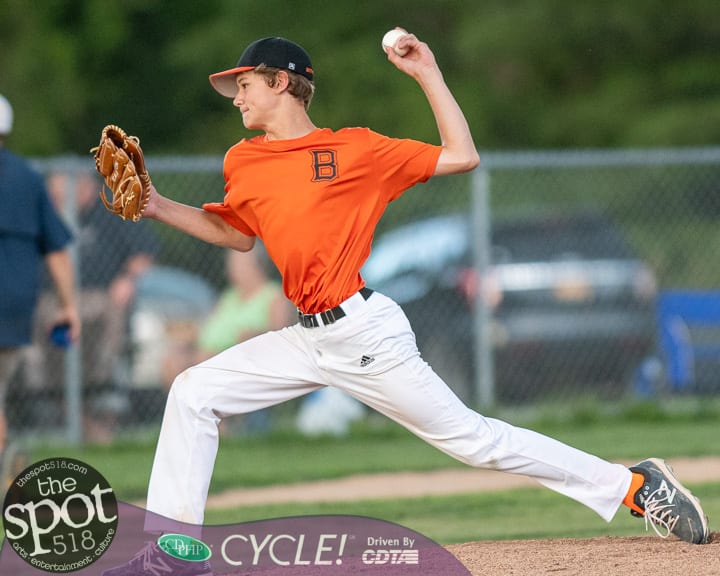 BETHLEHEM — The Babe Ruth League Eagles beat the 13U squad from North Colonie 12-6 on Friday, Aug. 21.

The Eagles jumped out to a 3-0 lead after one, but the game was knotted at five after two and a half innings. The Eagles scored three in the fourth and two more in the fifth and final inning in a game shortened by an inning due to darkness.

For the Bison, Paul Piche went 2 for 2 with an RBI and two runs scored while Matt Bennett, Connor Roberts, Nate Lajeunesse, Matt Berdar and Isaiah Teabout all added hits.

Harbinger got the win for Bethlehem and with Bradt and Patrick Dailey gave up six runs on seven hits while striking out nine and walking four.

DJ Cioffi took the loss for the Bison. He, Bennett and Piche gave up a dozen runs on a dozen hits while striking out six and walking eight.

SPOTTED: The Brunswick 18U softball squad gets by Bethlehem 16U