SPOTTED: Shaker’s season comes to an end at the hands of Saratoga 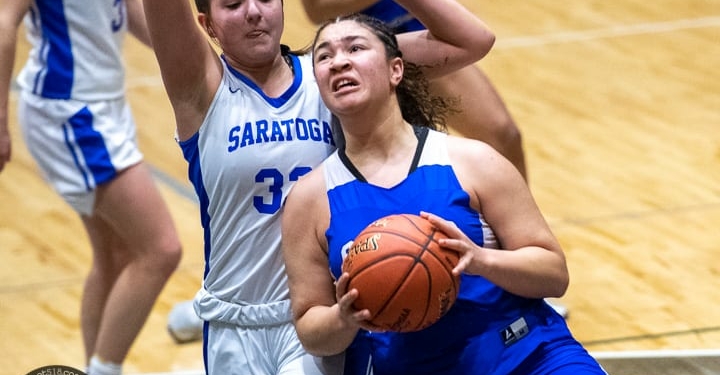 TROY — The No. 1 seed Saratoga proved too much for No. 5 seed Shaker in the Section II Class AA semifinals on Thursday, March 5 at Hudson Valley Community College.

Shaker trailed from the beginning but did make a game of it, cutting the deficit to 11 points midway through the fourth quarter. It wasn’t enough, though and the Bison ended up losing its season-ending game by a final of 66-48.

Shaker senior Jules DeBetham had 20 to lead the Bison while Kathleenjoy Gordon had eight and Maddisyn Mahoney had seven. Dolly Cairns had 35 to lead all scorers, and while doing so crossed the 2,000-point mark for her high school career. Natasha Chudy had 13 and Addy Ray had eight for Saratoga.

Saratoga will now square off against the No. 2 seed from Shenendehowa on Saturday for the Class AA title.

Photos by Jim Franco and Shaker junior Sarah Hamilton. Click on one below to view a slideshow of the rest.