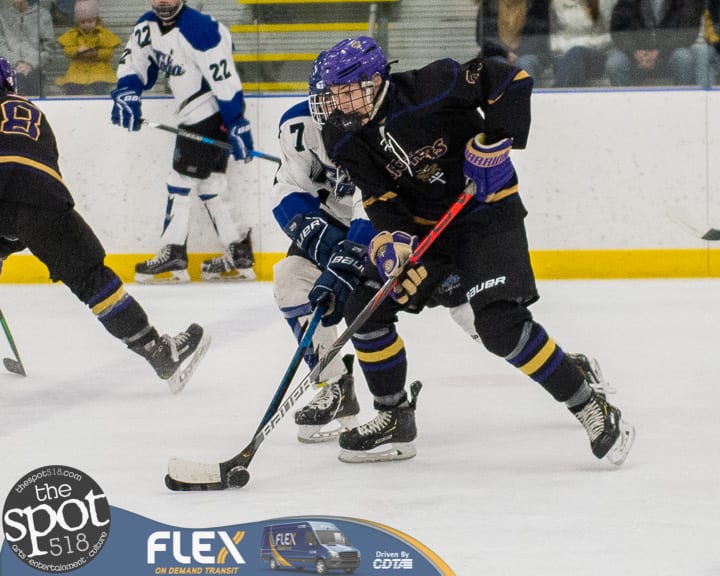 CBA jumped out to a 1-0 lead after one on a power play goal by Dale Hammond. Will Detora tied it up in the second and teammate Joe Amodio gave the Blue Streaks a 2-1 lead after two.

Ryan Dollar tied it up for The Brothers in the third but Detora scored his second of the game for the winning goal with a little more than five minutes left.

CBA moves to 3-1-1 in Section II play while Saratoga is at 4-2. Bethlehem is atop the conference at 5-1 in CDHSHL play and 11-1 overall. The Storm, the team comprised of players from Guilderland, Mohonasen, Schalmont and Scotia-Glenville and Voorheesville are at 5-0, and 6-3.

CBA will next play at Burnt Hills Ballston Lake/Ballston Spa (3-2) on Friday, Jan. 17.