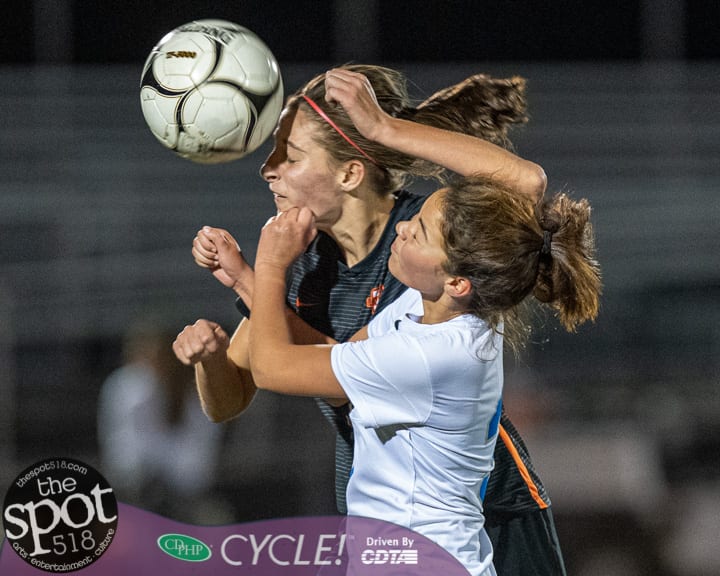 BETHLEHEM — Claire Hutton has scored more goals this season than any other Bethlehem girls soccer player in history.

She scored three against Albany High on Senior Night, Friday, Oct. 15, to bring her season total to 29. Her second was No. 28, enough to get by the record set last year by standout Grace Hotaling, who is now playing soccer at George Mason University.

Hotaling and Hutton were teammates last year when the squad made it to the Class AA state finals.

It’s not unusual to see the home team with an easy win on senior night. The powers that be generally schedule a weaker team to help ensure a “W” and the home team runs up the score early to get all the graduating seniors some playing time during one of their last high school home games.

This was a blow out even by those standards, and the game was officially called at halftime with Bethlehem up 12-0. The Eagles added a 13th in the second half.

With the win, the Eagles remain undefeated in Suburban Council play (12-0) with its only loss coming in an early season, non-conference game against Hauppauge. And, they are only graduating two seniors.

The Eagles play at Colonie on Thursday Oct. 17 in its final regular season game with sectionals starting next week.

SPOTLIGHT ON BUSINESS: miSci cooks up a traveling exhibit

Barry Bostwick, and his briefs, will be at the Palace Theatre on Monday