SPOTTED: Dutchmen win round one; will play Mohawks in East finals 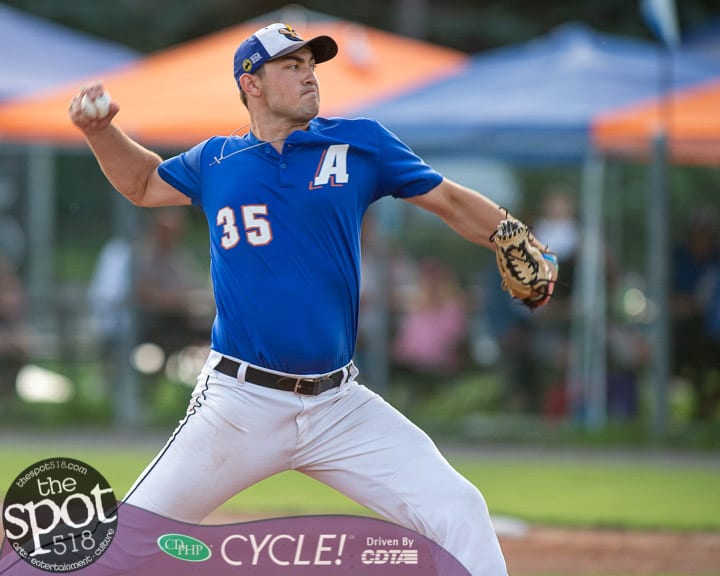 COLONIE — The Albany Dutchmen are moving on after a 9-5 win against the Mohawk Valley DiamondDawgs in the Perfect Game Collegiate Baseball League on Thursday, Aug. 1.

While the Dutch did commit five errors, the pitching only allowed four hits.

Ben Seiler, of Siena, started for Albany and gave up a run while walking two and striking out three through five innings of work. Aaron Dona, of St. Thomas Aquinas, threw the next two and gave up four runs on two hits while walking three and striking out two. Blake Bales, of Virginia, closed the game and struck out four of the six batters he faced in the last two frames.

The first round of the playoffs was a one-game do or die matchup. The second round is a best of three series with the Dutch squaring off against the No. 1 seed Amsterdam Mohawks in the East Division finals. Game one is set at Shuttleworth Park in Amsterdam on Friday, Aug. 2.

The Dutch will host game two at Connors Park on Saturday, Aug. 3 with the first pitch slated for 5:05 p.m.

If necessary, game three is set for Sunday, Aug. 4 at Shuttleworth Park.