SPOTTED: Voorheesville walks off with a 12-11 win over Emma Willard 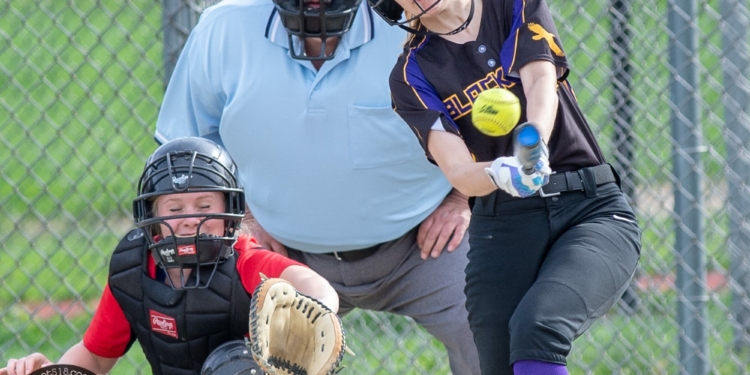 VOORHEESVILLE — The Blackbirds won a thriller on Thursday, April 25, with a walk-off bases loaded single by Ella Kelly.

The game started out as a wild one, with the first three Emma Willard batters scoring. Voorheesville answered with         five, first inning runs of its own, and then the Jesters came back with five more in the top of the second, only to see Voorheesville score two in the bottom.

After two innings of play, the score Emma Willard was up 8-7.

Emma Willard tacked on two more in the fourth to take a 10-7 lead and Voorheesville scored two in the fifth to pull within a run.

In the top of the seventh, C. Versouci hit a one out single for Emma Willard and moved to second on an error. With two outs, Eliza Lindberg ripped a shot to right center to score Versouci. But, Lindberg was thrown out at the plate trying to stretch a triple into an in the park home run by second baseman Olivia Richardson, who played the relay by right fielder Cece Whalen.

In Voorheesville’s half of the last, Caroline Hunt led off with a single, Whalen was hit by a pitch and Richardson singled to load the bases. Alyssa Chrysler hit a single scoring Hunt, and the stage was set for Kelly’s single to end the game 12-11.

Amelia Rowland went two innings and Chrysler pitched the last five for Voorheesville. Combined they gave up 11 runs on 12 hits while walking two and striking out four.

Voorheesville will next travel to Schalmont on Monday, April 29.